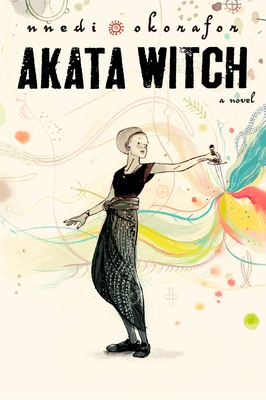 Affectionately dubbed "the Nigerian Harry Potter," Akata Witch weaves together a heart-pounding tale of magic, mystery, and finding one's place in the world.

Twelve-year-old Sunny lives in Nigeria, but she was born American. Her features are African, but she's albino. She's a terrific athlete, but can't go out into the sun to play soccer. There seems to be no place where she fits in. And then she discovers something amazing—she is a "free agent" with latent magical power. Soon she's part of a quartet of magic students, studying the visible and invisible, learning to change reality. But will it be enough to help them when they are asked to catch a career criminal who knows magic too?

Ursula K. Le Guin and John Green are Nnedi Okorafor fans. As soon as you start reading Akata Witch, you will be, too!

One of Time Magazine's 100 Best Fantasy Books of All Time!

“Okorafor’s novels tend to reflect both her West-African heritage and American experiences, but in this series she creates a stunningly original world of African magic that draws on Nigerian folk beliefs and rituals instead of relying on the predictable tropes of Western fantasy novels.”
—Time Magazine

"Fresh, original, and smart. We need more writers like her." —Patrick Rothfuss, author of The Name of the Wind

Nnedi Okorafor is a novelist of African-based science fiction, fantasy, and magical realism for both children and adults. Born in the United States to Nigerian immigrant parents, Nnedi is known for weaving African culture into creative evocative settings and memorable characters. In a profile of Nnedi’s work, the New York Times called Nnedi’s imagination “stunning.” Nnedi has received the World Fantasy Award, the Hugo Award, and the Nebula Award, among others, for her novels. She holds a PhD in English and is a professor at SUNY Buffalo. She divides her time between Buffalo and the suburbs of Chicago, where she lives with her daughter. Learn more at nnedi.com or follow her on Twitter @nnedi.
Loading...
or support indie stores by buying on