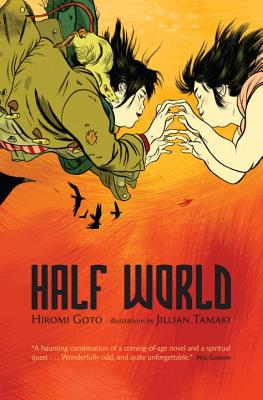 Melanie Tamaki is human?but her parents aren?t. They are from Half World, a Limbo between our world and the afterlife, and her father is still there. When her mother disappears, Melanie must follow her to Half World?and neither of them may return alive. Imagine "Coraline" as filmed by the Japanese animator Hayao Miyazaki ("Howl's Moving Castle"), or Neil Gaiman collaborating with Charles de Lint. Half World is vivid, visceral, unforgettable, a combination of prose and images that will haunt you.

Hiromi Goto won the James Tiptree Jr. Award for her adult novel "The Kappa Child." She lives in Canada.