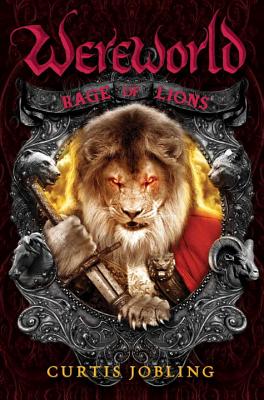 A ruined kingdom, an avenging king . . . and a hero's destiny

After discovering he's the long-lost son of the murdered Wolf King and leading a revolt against the tyrant King Leopold the Lion, Drew Ferran must rule over a kingdom in disarray. But the former shepherd has mixed feelings about taking his place on the throne. In the wake of a vicious attack by Leopold's son, Prince Lucas, Drew seizes the opportunity to flee his obligations in pursuit of the renegade prince. Along the way, Drew and his allies face lawless Werelords, a sinister necromancer, and a nation of invading Catlords determined to wrest power from Drew's paws. Unless Drew faces up to his kingship, all of Lyssia will be lost.


Praise For Rage of Lions…

Rage of Lions
“Give Jobling a… hand for crafting a sequel that’s even more lurid and action packed than the opener.”—Kirkus Reviews

Shadow of the Hawk
“Plotlines and were-creatures proliferate …there’s enough spilled blood and shape changing here to appease the most demanding fans of either.”—Booklist

Curtis Jobling is the author of "Rise of the Wolf," the first in the Wereworld series, which was short-listed for the 2011 Waterstone's Prize. He's also known as the designer of the BAFTA-winning BBC show "Bob the Builder," as well as creator of "Frankenstein's Cat," among other acclaimed projects. Curtis resides in Cheshire, United Kingdom.
Loading...
or
Not Currently Available for Direct Purchase