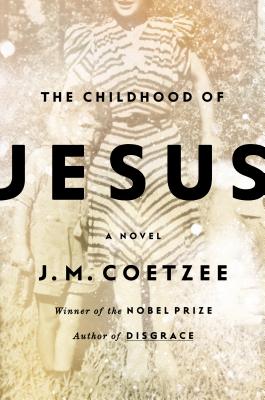 The Childhood of Jesus

From the Nobel Prize–winning author of Disgrace, The Childhood of Jesus is the first book in his haunting trilogy that ends with The Death of Jesus (forthcoming from Viking)

Separated from his mother as a passenger on a boat bound for a new land, David is a boy who is quite literally adrift. The piece of paper explaining his situation is lost, but a fellow passenger, Simón, vows to look after the boy. When the boat docks, David and Simón are issued new names, new birthdays, and virtually a whole new life.

Strangers in a strange land, knowing nothing of their surroundings, nor the language or customs, they are determined to find David’s mother. Though the boy has no memory of her, Simón is certain he will recognize her at first sight. “But after we find her,” David asks, “what are we here for?”

An eerie allegorical tale told largely through dialogue, The Childhood of Jesus is a literary feat—a novel of ideas that is also a tender, compelling narrative. Coetzee’s many fans will celebrate his return while new readers will find The Childhood of Jesus an intriguing introduction to the work of a true master.

Praise For The Childhood of Jesus…

Praise for The Childhood of Jesus

“[The Childhood of Jesus] plunges us at once into a mysterious and dreamlike terrain….A Kafka-inspired parable of the quest for meaning itself.”—Joyce Carol Oates, The New York Times Book Review (front page)

“A return to form….[Coetzee’s] most brisk and dazzling book.”—Benjamin Lytal, The Daily Beast

“[Coetzee] is a consummate withholder, one of the great masters of the unsaid and the inexplicit.”—The New York Review of Books

“Gripping from the very first page.”—Bookforum

“[Coetzee’s] great talent has always been to make the reader…feel as though he is writing for her alone, challenging her to ask herself the same questions he puts to his characters….The Childhood of Jesus…explores the enduring question of what a just and compassionate world might look like.”—The Nation

“[The Childhood of Jesus] is the story of a boy named David….His character is both uniquely and universally profound. In one moment, he is like no child to have ever existed. In the next moment, he captures perfectly the essence of all children, everywhere.”—The Atlantic (Best Books Read This Year)

“With this powerful and puzzling novel, Nobel laureate Coetzee…returns to the allegorical focus that defined Waiting for the Barbarians.”—Booklist (starred)

“Captivating and provocative….Coetzee’s precise prose is at once rich and austere, lean and textured, deceptively straightforward and yet expansive, as he considers what is required, not just of the body, but by the heart.”—Publishers Weekly (starred review)

J. M. Coetzee won the Nobel Prize in Literature in 2003 and is the author of twenty-one books, which have been translated into many languages. He was the first author to twice win the Booker Prize. A native of South Africa, he now lives in Adelaide, Australia.
Loading...
or
Not Currently Available for Direct Purchase