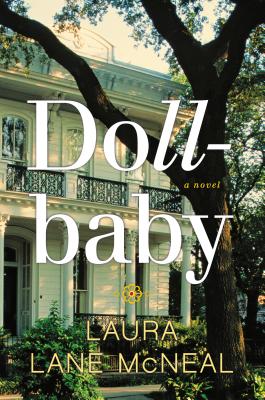 “In 1964 Ibby Bell's father passed away, causing her mother to abandon Ibby to the care of her eccentric grandmother, Fannie, and her grandmother's black housemaids, a mother and daughter duo named Queenie and Dollbaby. Fannie lives in an old New Orleans mansion which hasn't changed over the years, its boarded rooms harboring tragic memories from the past. With help from Queenie and Dollbaby, Ibby unearths family history that Fannie had long ago buried. Can Ibby come to terms with what she's discovered? A compelling debut novel that demands and deserves attention.”
— Courtney Kane, Book House of Stuyvesant Plaza, Albany, NY
View the List

A Top Ten Finalist for Best Historical Novel, Goodreads Choice Awards, and a LibraryReads and Okra Pick
A big-hearted coming-of-age debut set in civil rights-era New Orleans a novel of Southern eccentricity and secrets
When Ibby Bell's father dies unexpectedly in the summer of 1964, her mother unceremoniously deposits Ibby with her eccentric grandmother Fannie and throws in her father's urn for good measure. Fannie's New Orleans house is like no place Ibby has ever been and Fannie, who has a tendency to end up in the local asylum is like no one she has ever met. Fortunately, Fannie's black cook, Queenie, and her smart-mouthed daughter, Dollbaby, take it upon themselves to initiate Ibby into the ways of the South, both its grand traditions and its darkest secrets.
For Fannie's own family history is fraught with tragedy, hidden behind the closed rooms in her ornate Uptown mansion. It will take Ibby's arrival to begin to unlock the mysteries there. And it will take Queenie and Dollbaby's hard-won wisdom to show Ibby that family can sometimes be found in the least expected places.
For fans of Saving CeeCee Honeycutt and The Help, Dollbaby brings to life the charm and unrest of 1960s New Orleans through the eyes of a young girl learning to understand race for the first time.
By turns uplifting and funny, poignant and full of verve, Dollbaby is a novel readers will take to their hearts.

“McNeal’s Dollbaby is such an impressive debut—a powerful roux of family drama, long-simmering secrets and resentments, and ultimately, forgiveness and redemption. Deeply evocative, with memorable characters, Dollbaby belongs on the keeper shelf along with The Help and The Secret Life of Bees.”
—Mary Kay Andrews, New York Times bestselling author of Ladies' Night

“Deeply southern and evocative, Laura Lane McNeal’s beautifully written debut, Dollbaby, takes us back to a not-so-long ago time when we were learning to look through different eyes at the fabric of our society, race, youth and family."
—Susan Crandall, author of Whistling Past the Graveyard

"This flavorful and enthralling novel brilliantly captures New Orleans during the civil rights era. It's a deeply personal tale about growing up and searching for family as well as a provocative exploration of race and kinship. I found it both thrilling and poignant."
—Walter Isaacson, New York Times bestselling author of Steve Jobs

Laura Lane McNeal grew up in New Orleans, where she lives today with her husband and two sons. She graduated from Southern Methodist University. She also has an MBA from Tulane and ran her own marketing consulting firm in New Orleans. This is her first novel.
Loading...
or
Not Currently Available for Direct Purchase