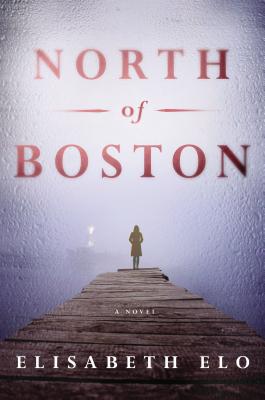 Dennis Lehane meets "Smilla's Sense of Snow" a big discovery in the world of female suspense, about an edgy young woman with the rare ability to withstand extreme conditions
Elisabeth Elo's debut novel introduces Pirio Kasparov, a Boston-bred tough-talking girl with an acerbic wit and a moral compass that points due north.
When the fishing boat Pirio is on is rammed by a freighter, she finds herself abandoned in the North Atlantic. Somehow, she survives nearly four hours in the water before being rescued by the Coast Guard. But the boat's owner and her professional fisherman friend, Ned, is not so lucky.
Compelled to look after Noah, the son of the late Ned and her alcoholic prep school friend, Thomasina, Pirio can t shake the lurking suspicion that the boat's sinking and Ned's death was no accident. It's a suspicion seconded by her deeply cynical, autocratic Russian father, who tells her that nothing is ever what it seems. Then the navy reaches out to her to participate in research on human survival in dangerously cold temperatures.
With the help of a curious journalist named Russell Parnell, Pirio begins unraveling a lethal plot involving the glacial whaling grounds off Baffin Island. In a narrow inlet in the arctic tundra, Pirio confronts her ultimate challenge: to trust herself.
A gripping literary thriller, "North of Boston "combines the atmospheric chills of Jussi Adler-Olsen with the gritty mystery of Laura Lippman. And Pirio Kasparov is a gutsy, compellingly damaged heroine with many adventures ahead.


Praise For North of Boston…

“An utterly riveting debut thriller! Pirio Kasparov is one of the best protagonists I've read in years, tough, cynical, wry and compelling.  Her determination to discover the truth behind her friend's murder will earn your admiration, while her growing desire to be a better daughter, friend, and person will win your heart.”
—Lisa Gardner, New York Times bestselling author of Fear Nothing

"Set on the gritty Boston waterfront, Elisabeth Elo's novel starts off as a murder mystery and slowly builds into something larger and more disturbing. North of Boston is a gripping and unorthodox thriller, packed with intriguing characters and unexpected twists."
—Tom Perrotta, New York Times bestselling author of Nine Inches and The Leftovers

"I wish I had a friend like Pirio Kasparov—intelligent, loyal, brave, and funny. From the opening pages of North of Boston I was enthralled and deeply committed to following Pirio wherever her brilliant author decided to send her next. What a terrific novel."
—Margot Livesey, New York Times bestselling author of The Flight of Gemma Hardy

“As someone who has spent her life on the sea, I can tell you that Elisabeth Elo knows her stuff. Terrific fishing details, a fast-paced plot, and a heroine named Pirio Kasparov who steals the show.  A great debut!”
—Linda Greenlaw, New York Times bestselling author of The Hungry Ocean and Lifesaving Lessons

"In North of Boston, Elisabeth Elo has written a modern, sophisticated, and compelling thriller. Her plot is original, her details deft, and her heroine utterly remarkable."
—Ivy Pochoda, author of Visitation Street

"Pirio Kasparov, the no-nonsense star of Elisabeth Elo’s debut novel, North of Boston, is a multifaceted character. Like its protagonist, North of Boston is many things—a murder mystery, an environmental thriller, and a domestic drama."
—The Boston Globe

"North of Boston grapples with and melds seemingly disparate subject matter (commercial fishing, perfume, alcoholism, issues of class, environmental consciousness, self-determination) in an original and entertaining way . . . Judging from North of Boston, Pirio’s next puzzle promises to be nothing short of unpredictable and exciting."
—Kirkus

“Pirio Kasparov is an alluring heroine. She’s sharp-witted, hell-bent on finding the truth, and her narrative voice is laced with surly sexiness. Pirio’s baldly honest, slightly melancholic reflections and Elo’s use of extreme natural settings will have strong appeal for Scandinavian crime fans. An impressive debut with surprising literary depth.”
—Booklist (starred review)

"Gritty downtown Boston and the awe-inspiring but unforgiving North Atlantic coast come to life in Elisabeth Elo’s debut suspense novel . . . readers will . . . be rooting for the doggedly determined Pirio right to the end."
—BookPage

“The novel’s subplots ripple out from the opening collision, circling a story rich with wicked smart allusions to Russian literature and clever nods to Western culture's most famous fishing story — ‘Moby-Dick.’ Pirio is a fascinating character and Elo a noteworthy new voice in the genre.”
—Milwaukee Journal Sentinel

“The author chose the thriller genre for her debut novel because she loves a strong protagonist who drives the action. She’s created a dandy in Pirio Kasparov.”
—Fort Worth Star-Telegram