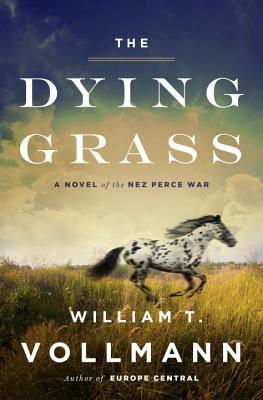 A Novel of the Nez Perce War

"The reading experience of a lifetime ..."--The Washington Post The National Book Award winner takes readers inside the epic fighting retreat of the Nez Perce Indians In this new installment in his acclaimed series of novels examining the collisions between Native Americans and European colonizers, William T. Vollmann tells the story of the Nez Perce War, with flashbacks to the Civil War. Defrauded and intimidated at every turn, the Nez Perces finally went on the warpath in 1877, subjecting the U.S. Army to its greatest defeat since Little Big Horn as they fled from northeast Oregon across Montana to the Canadian border. Vollmann's main character is not the legendary Chief Joseph, but his pursuer, General Oliver Otis Howard, the brave, shy, tormented, devoutly Christian Civil War veteran. In this novel, we see him as commander, father, son, husband, friend, and killer. Teeming with many vivid characters on both sides of the conflict, and written in an original style in which the printed page works as a stage with multiple layers of foreground and background, The Dying Grass is another mesmerizing achievement from one of the most ambitious writers of our time.

William T. Vollmann has written nine novels, four collections of stories, six works of nonfiction, and a memoir. He has won the National Book Award for Europe Central, the PEN Center USA West Award for Fiction, and the Strauss Living Award from the American Academy of Arts and Letters.
Loading...
or
Not Currently Available for Direct Purchase