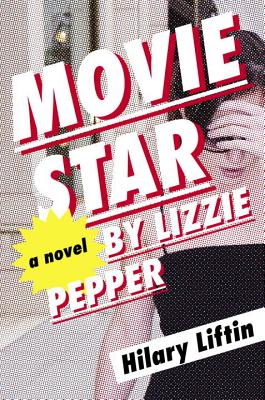 The It book you absolutely must pack in your beach bag an addictively juicy novel of celebrity love gone wrong.
AnEW Best Book of 2015 for the Pop Culture Fanatic in Your Life
Readers who come for the dirt, real or imagined, won t be disappointed; there's plenty of gold in these True Hollywood hills.
Entertainment Weekly
Chosen as a Great Summer Readby:
USA Today People Magazine Entertainment Weekly Good Housekeeping Cosmopolitan Vogue.com The Hollywood Reporter


A] delicious beach read.
People Magazine
A hilarious, tabloid-trashing gotcha novel.
Vanity Fair
A juicy work of shocking betrayal.
Us Weekly
I ve had a million meetings in my acting career, and I had no idea that this would be the one that would change my life forever. I walked into the room, and there was Rob . . . in the flesh.

Actress Lizzie Pepper was America's Girl Next Door and her marriage to Hollywood mega-star Rob Mars was tabloid gold a whirlwind romance and an elaborate celebrity-studded wedding landed them on the cover of every celebrity weekly. But fame, beauty, and wealth weren t enough to keep their marriage together. Hollywood's It couple are over and now Lizzie is going to tell her side of the story.
Celebrity ghostwriter Hilary Liftin chronicles the tabloids favorite marriage as Lizzie Pepper realizes that, when the curtain falls, her romance isn t what she and everyone else thought. From her lonely holidays in sumptuous villas to her husband's deep commitment to a disconcertingly repressive mind-body group, Lizzie reveals a side of fame that her fans never get to see. Full of twists and turns, Movie Star by Lizzie Pepper is a breathless journey to the heights of Hollywood power and royalty and a life in the spotlight that is nearly impossible to escape.

Hilary Liftinis a ghostwriter/collaborator specializing in celebrity memoir. Since 2006 she has worked on fifteen books, ten of which hit the New York Times bestseller list, including Stori Telling by Tori Spelling, which won the 2009 Bravo A-List Award for Best Celebrity Autobiography; Miles to Go by Miley Cyrus; and High on Arrival by Mackenzie Phillips. Hilary is also the author of the memoir Candy and Me and coauthor of Dear Exile, both penned under her own name. She lives in Los Angeles with her husband and children."