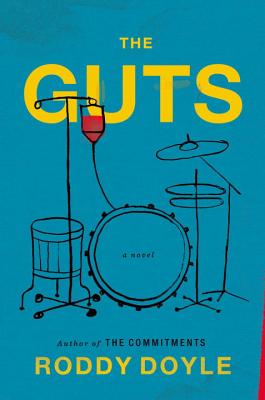 Jimmy Rabbitte of "The Commitments "returns in the triumphant new novel from the Booker Prize winning author
The distinct wit and lively, authentic dialogue that are the hallmarks of Roddy Doyle's fiction are on a full display as he reintroduces Jimmy Rabbitte in this follow-up to his beloved debut novel "The Commitments."
In the 1980s Jimmy Rabbitte formed the Commitments, a ragtag, blue-collar collective of Irish youths determined to bring the soul music stylings of James Brown and Percy Sledge to Dublin. Time proves a great equalizer for Jimmy as he's now approaching fifty with a loving wife, four kids, and a recent cancer diagnosis that leaves him feeling shattered and frightened.
Jimmy still loves his music, and he still loves to hustle his new thing is finding old bands and then finding the people who loved them enough to pay for their resurrected albums. As he battles his illness on his path through Dublin, Jimmy manages to reconnect with his own past, most notably Commitments guitarist Liam Outspan Foster and the still beautiful backup vocalist Imelda Quirk. Jimmy also learns the trumpet, reunites with his long-lost brother, and rediscovers the joys of fatherhood.
An immensely funny and poignant novel, "The Guts "captures friendship, family, the power of music, the specter of death, and the zeal for life.

Praise For The Guts…

Praise for The Guts

“Doyle’s Jimmy Rabbitte reappears, dealing with cancer, mortality, and love. . .I was undone by the emotional clarity of the writing itself, and by the calm, but never static, way Doyle has of presenting a scene.”—The New York Times Book Review

“Doyle’s dialogue and his depictions evoke the warmth and vigor of a complicated but joyful family life.”—The New Yorker

“The feat of The Guts is Doyle’s ability to create in Jimmy a character who hangs together even while so many of his certainties have collapsed.  And to get a few good jokes in as well.”—The Washington Post

“The Guts has plenty of soul. . .despite all the poverty and adversity and illness Doyle depicts here, he’s written a novel filled with so much joyful love and life and song that it might – picture this – it might even have made Samuel Beckett smile.”—Alan Cheuse, npr.org

“[A] hilarious and tender sequel to The Commitments. . .Doyle’s witty and lively ninth novel captures much of the fun of The Commitments, even as the Commitments themselves struggle with a notably more sobering world around them.” —Publishers Weekly

“It’s rare to read about a man’s midlife crisis. . .and burst out laughing.  Yet acclaimed Irish author Doyle pulls it off. . .there are plenty of poignant moments among the laughs, too. . .this work is too good to miss.” —Library Journal

“Doyle expertly evokes the generational confusion over new technologies, the sentimentality of children growing up way too fast, and the sobering fear and anxiety of living with a potentially fatal disease – all of this without being overly morbid or maudlin.” —ALA Booklist

“The novel is probably the most contemplative that Doyle has written – as a meditation on the importance of family, it is at times unbearably moving…The characters are all so warm and funny and irritable, so brimming with rude life, that this novel about illness and death never manages to become morbid…reading The Guts is like catching up with old friends.” —The Sunday Times (U.K.)

“Remarkable, relevant and, surprisingly for a book that’s ostensibly about cancer, joyful…The Guts is a book about a dogged search for meaning in the overwhelming face of mortality – but funnier than that sounds. And softer, too.” —The Times (U.K.)

“Fantastic…In many ways, The Guts is about a man facing up to whether the best of his life – and possibly all of his life – is past…the book embraces the comedy of life as well as the tragedy, as is Doyle’s wont.” —The Sunday Independent (U.K.)

“Hilarious and beautifully observed…In The Guts, Doyle turns once more to those themes he has always written about so singularly:  love and the family…the dialogue, like music, carries the narrative compellingly forward.” —The Irish Times

Roddy Doyleis the author of nine novels, two short story collections, and a nonfiction book. In 1993 he won the Booker Prize for his novel "Paddy Clarke Ha Ha Ha." His 1991 novel, "The Van," was a Booker Prize finalist. He lives in Dublin."