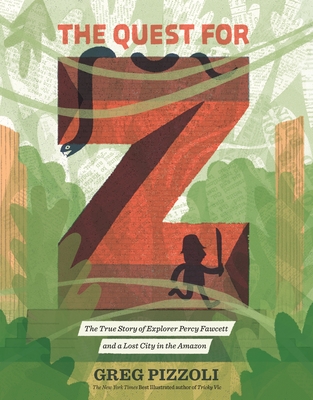 The Quest for Z

From an award-winning author comes a picture book biography that feels like Indiana Jones for kids!

British explorer Percy Fawcett believed that hidden deep within the Amazon rainforest was an ancient city, lost for the ages. Most people didn’t even believe this city existed. But if Fawcett could find it, he would be rich and famous forever. This is the true story of one man’s thrilling, dangerous journey into the jungle, and what he found on his quest for the lost city of Z.

Praise For The Quest for Z: The True Story of Explorer Percy Fawcett and a Lost City in the Amazon…

* "Fascinating. . . . A superb snapshot of an adventurer."—Kirkus Reviews, starred review

"With a focus on mystery, peril, and adventure, this inviting biography should easily pique the curiosity of the elementary-school set."—Booklist