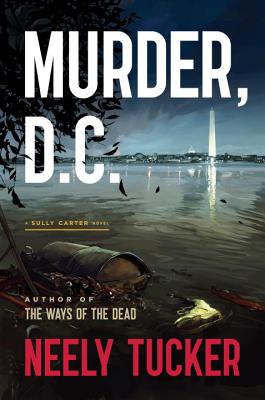 "The test of a crime series is its main character, and Sully is someone we'll want to read about again and again. . . . When the murder victim in the novel is identified as the young scion of one of the city's most wealthy and influential African American families, the story expands its themes of race and class, which lend it dimension." --Lisa Scottoline, The Washington Post Reporter Sully Carter returns in a thrilling murder mystery of race, wealth, and family secrets When Billy Ellison, the son of Washington, D.C.'s most influential African-American family, is found dead in the Potomac near a violent drug haven, reporter Sully Carter knows it's time to start asking some serious questions--no matter what the consequences. With the police unable to find a lead and pressure mounting for Sully to abandon the investigation, he has a hunch that there is more to the case than a drug deal gone bad or a tale of family misfortune. Riding the city's backstreets on his Ducati 916, Sully finds that the real story stretches far beyond Billy and into D.C.'s most prominent social circles. A hard drinker still haunted by his years as a war correspondent in Bosnia, Sully now must strike a dangerous balance between D.C.'s two extremes--the city's violent, depraved projects and its highest corridors of power--while threatened by those who will stop at nothing to keep him from discovering the shocking truth. The only person he can trust is his old friend Alexis, a talented photographer and fellow war zone junkie, who is as sexy as she is fearless, but even Alexis can't protect Sully from everyone who would rather he give up the story. Following the acclaimed first Sully Carter novel, The Ways of the Dead, this gritty mystery digs deeper into Sully's past while revealing how long-held secrets can destroy even the most powerful families.

Neely Tucker is the author of The Ways of the Dead, the first Sully Carter novel, and the memoir Love in the Driest Season, which was named one of the Best 25 Books of the Year by Publishers Weekly. Currently a staff writer at The Washington Post Sunday magazine, Tucker lives with his family in Maryland.
Loading...
or
Not Currently Available for Direct Purchase