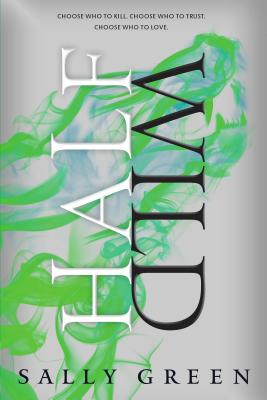 Half Wild (The Half Bad Trilogy #2) (Hardcover)

The powerful and riveting second book in the Half Bad trilogy.

The Half Bad trilogy has been translated into more than 50 languages. TIME Magazine calls it "highly entertaining and dangerously addictive." Kate Atkinson says it's "brilliant and utterly compelling." London's Daily Telegraph has named author Sally Green "the new J.K. Rowling." Discover the story that readers all over the world are raving about.

Praise For Half Wild (The Half Bad Trilogy #2)…

* "Once again, Green pushes the boundaries of definition; this time: What is wild? What is human or even civilized? The blood and gore, the willingness to endure and survive at any price, and the dichotomies between good and bad, love and hate, wild and civilized—all haunt the reader, climaxing in a tragic ending that portends the horror, violence, and possible relationships in the trilogy’s final installment." —Booklist, starred review

"Because this series has already been optioned for a movie, you better get on the books before the hype goes bananas."—Bustle

Praise and accolades for Half Bad: