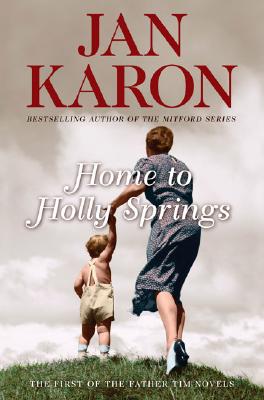 Readers of the nine bestselling Mitford novels have been captivated by Jan Karon's ?gift for illuminating the struggles that creep into everyday lives?along with a vividly imagined world? ("People"). They learned quickly that ?after you?ve spent time in Mitford, you?ll want to come back? ("Chicago Tribune"). Millions eagerly awaited the publication of each novel, relishing the story of the bookish and bighearted Episcopal priest and the extraordinary fullness of his seemingly ordinary life.
Now, Jan Karon enchants us with the story of the newly retired priest's spur-of-the-moment adventure. For the first time in decades, Father Tim returns to his birthplace, Holly Springs, Mississippi, in response to a mysterious, unsigned note saying simply: "?Come home.?" Little does he know how much these two words will change his life. A story of long-buried secrets, forgiveness, and the wonder of discovering new people, places, and depth of feeling, "Home to Holly Springs" will enthrall new readers and longtime fans alike.