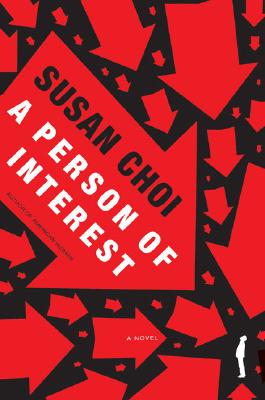 With its propulsive drive, vividly realized characters, and profound observations about soul and society, Pulitzer Prize-finalist Susan Choi's latest novel is as thrilling as it is lyrical, and confirms her place as one of the most important novelists chronicling the American experience. Intricately plotted and psychologically acute, "A Person of Interest" exposes the fault lines of paranoia and dread that have fractured American life and asks how far one man must go to escape his regrets. Professor Lee, an Asian-born mathematician near retirement age would seem the last person to attract the attention of FBI agents. Yet after a colleague becomes the latest victim of a serial bomber, Lee must endure the undermining power of suspicion and face the ghosts of his past.

The daughter of a Korean father and a Russian-Jewish mother, Susan Choi was born in Indiana and raised in Texas. She holds an undergraduate degree from Yale and an M.F.A. from Cornell. Her first novel, "The Foreign Student," won the Asian American Literary Award. Her second novel, "American Woman," was a finalist for the Pulitzer Prize. "A Person of Interest" is her third book.
Loading...
or
Not Currently Available for Direct Purchase