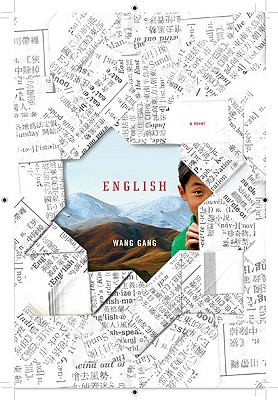 During the darkest days of Cultural Revolution, a twelve-year-old boy named Love Liu wonders what life is like beyond the region of Xinjiang in China's remote northwest. Here conformity is valued above all else, and suspicion governs every exchange among neighbors, classmates, and even friends. Into this stifling atmosphere comes a tall, clean-shaven teacher from Shanghai, wearing an elegant gray wool jacket and carrying an English dictionary under his arm.

With the dictionary as his disposal, Love Liu turns to it for answers to his most pressing questions about love and life, and a whole new world opens up for him. His classmates-the bright, troubled Sunrise Huang and the rowdy, impoverished Garbage Li-also find hope in the unfamiliar and tantalizing sounds of English, but in an atmosphere of accusation and recrimination, one in which their teacher is deemed morally suspect and mere innuendo can cost someone his life, their ideals face a test more challenging than any they'll take in the classroom.

A major bestseller in China, where it was voted best novel of the year independently by the critics and the general public, English is a transcendent novel about the power of language to launch a journey of self-discovery.