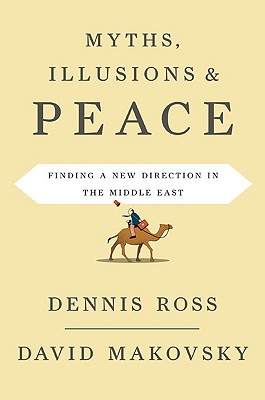 Finding a New Direction for America in the Middle East

Why has the United States consistently failed to achieve its strategic goals in the Middle East? According to Dennis Ross and David Makovsky, two of America's leading experts on the region, it is because we have been laboring under false assumptions, or mythologies, about the nature and motivation of Middle East countries and their leaders. In Myths, Illusions, and Peace, the authors debunk these damaging fallacies, held by both the right and the left, and present a concise and far-reaching set of principles that will help America set an effective course of action in the region.

Among the myths that the authors show to be false and even dangerous is the idea that Israeli-Palestinian peace is the key to solving all the Middle East's problems; that regime change is a prerequisite for peace and democracy; and that Iran's leadership is immune from diplomatic and economic pressure.

These and other historic misunderstandings have generated years' worth of failed policies and crippled America's ability to make productive decisions in this volatile part of the world, a region that will hold the key to our security in the twenty-first century. Ross and Makovsky offer a critical rethinking of American perceptions at a time of great import and change.