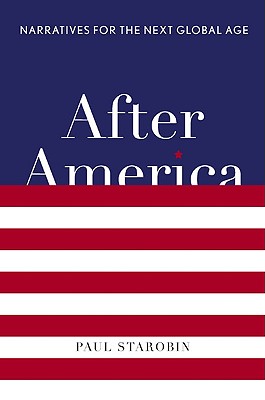 Narratives for the Next Global Age

The world is now at a hinge moment in its history, according to veteran international correspondent Paul Starobin. A once-dominant America has reached the end of its global ascendancy, and the question of what will come next, and how quickly, is not completely clear. Already the global economic crisis, in exposing the tarnished American model of unfettered free-market capitalism, is hastening the transition to the next, After America, phase of global history.

According to Starobin, the After America world is being driven less by virulent anti- Americanism than by America's middling status as a social, economic, and political innovator; by long-wave trends like resurgent nationalism in China, India, and Russia; and by the growth of transnational cultural, political, and economic institutions. While what is going to come next has not been resolved, we can discern certain narratives that are already advancing. In this sense, the After America age is already a work in progress-pregnant with multiple possibilities.

In this book, which masterfully mixes fresh reportage with rigorous historical analysis, Starobin presents his farsighted and fascinating predictions for the After America world. These possibilities include a global chaos that could be dark or happy, a multipolar order of nationstates, a global Chinese imperium, or-even more radically-an age of global city-states or a universal civilization leading to world government. Starobin feels that the question of which narrative will triumph may be determined by the fundamental question of identity: how people determine their allegiances, whether to the tribe, nation-state, city-state, or global community.

There will be surprises, Starobin thinks. In the After America world, both the nation-state and the traditional empire may lose ground to cosmopolitan forces like the city- state and the universal civilization. California-the eighth largest economy in the world and the most future- oriented place in America-is becoming an After America landscape, as illustrated by postnational, multicultural Hollywood. Prestigious educational institutions like Harvard are migrating from an American to a global identity and thus becoming part of an After America universal civilization. While these changes may feel unsettling, our best hope for adapting to an After America world is by becoming better borrowers of the best ideas and practices developed all around the planet.

Thought provoking and well argued, After America offers a way to think about a dramatically changing world in which the United States is no longer number one. Starobin's tone is sober but in the end hopeful-the age After America need not be a disaster for America, and might even be liberating.