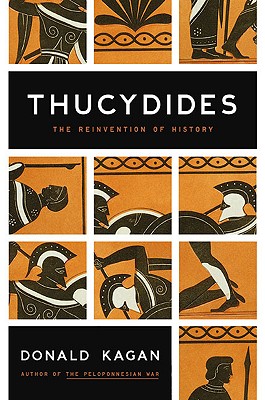 The Reinvention of History

The grandeur and power of Thucydides' The Peloponnesian War have enthralled readers, historians, and statesmen alike for two and a half millennia, and the work and its author have had an enduring influence on those who think about international relations and war, especially in our own time. In Thucydides, Donald Kagan, one of our foremost classics scholars, illuminates the great historian and his work both by examining him in the context of his time and by considering him as a revisionist historian.

Thucydides took a spectacular leap into modernity by refusing to seek explanations for human behavior in the will of the gods, or even in the will of individuals, looking instead at the behavior of men in society. In this context, Kagan explains how The Peloponnesian War differs significantly from other accounts offered by Thucydides' contemporaries and stands as the first modern work of political history, dramatically influencing the manner in which history has been conceptualized ever since.