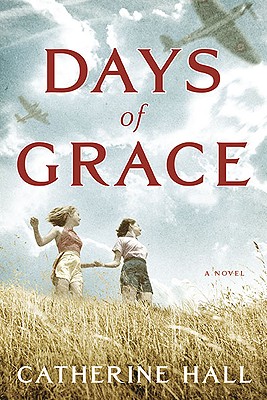 At the beginning of World War II, twelve-year-old Nora Lynch is one of thousands of London children sent away to the safety of the English countryside. Her surrogate family, Reverend and Mrs. Rivers and their daughter Grace, are like no-one she has ever met, offering shelter, affection, and the sister she never had. But Nora is too young and too naïve to understand the cracks beneath the surface of her idyllic new life at the rectory, or the disappointments of the Riverses' marriage. And as her friendship with Grace grows more intense, she aches to become even closer. What happens next is a secret that she keeps for more than fifty years, a secret that she can begin to reveal only when, elderly and alone, Nora knows that she is close to the end.

A beautiful meditation on love, friendship, and family, Days of Grace is a stunning debut that brings a tumultuous era to life. Nora tells her story in alternating chapters from the past and present, projecting her childhood nostalgia with a cinematic glow.

Catherine Hall was born in the Lake District in 1973. Now based in London, she worked in documentary film production before becoming a freelance writer and editor for a range of organizations specializing in human rights and development. This is her first novel.
or
Not Currently Available for Direct Purchase