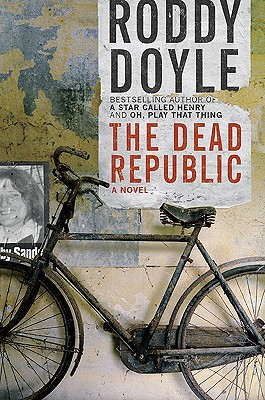 Roddy Doyle's irrepressible Irish rebel Henry Smart is back-and he is not mellowing with age. Saved from death in California's Monument Valley by none other than Henry Fonda, he ends up in Hollywood collaborating with legendary director John Ford on a script based on his life. Returning to Ireland in 1951 to film The Quiet Man- which to Henry's consternation has been completely sentimentalized-he severs his relationship with Ford.

His career in film over, Henry settles into a quiet life in a village north of Dublin, where he finds work as a caretaker for a boys' school and takes up with a woman named Missus O'Kelly, whom he suspects- but is not quite sure-may be his long-lost wife, the legendary Miss O'Shea. After being injured in a political bombing in Dublin in 1974, Henry is profiled in the newspaper and suddenly the secret of his rebel past is out. Henry is a national hero. Or are his troubles just beginning?

Raucous, colorful, epic, and full of intrigue and incident, The Dead Republic is also a moving love story-the magnificent final act in the life of one of Roddy Doyle's most unforgettable characters.

Roddy Doyle is an internationally bestselling writer. His first three novels--The Commitments, The Snapper, and the 1991 Booker Prize finalist The Van--are known as The Barrytown Trilogy. He is also the author of the novels Paddy Clarke Ha Ha Ha (1993 Booker Prize winner), The Woman Who Walked into Doors, and A Star Called Henry, and a non-fiction book about his parents, Rory & Ita. Doyle has also written for the stage and the screen: the plays Brownbread, War, Guess Who's Coming for the Dinner, and The Woman Who Walked Into Doors; the film adaptations of The Commitments )as co-writer), The Snapper, and The Van; When Brendan Met Trudy (an original screenplay); the four-part television series Family for the BBC; and the television play Hell for Leather. Roddy Doyle has also written the children's books The Giggler Treatment, Rover Saves Christmas, and The Meanwhile Adventures and contributed to a variety of publications including The New Yorker magazine and several anthologies. He lives in Dublin.