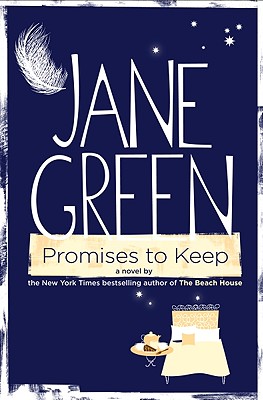 From the "New York Times" bestselling author-a momentous new novel about a family suddenly thrown together
Callie Perry is a successful family photographer living in upstate New York. She adores her two daughters, has great friends, and actually doesn't mind that her workaholic husband gets home at 9 p.m. every night-that is, when he's not traveling six months out of the year.
Callie's younger sister, Steff, on the other hand, has never grown up. She's a free spirit, living in downtown Manhattan and bouncing between jobs and boyfriends. Lately, she's been working as a vegan chef, even though she can't cook.
Lila Grossman is Callie's best friend and has finally met the man of her dreams. Eddie has two wonderful children, but also a drama queen ex-wife who hates Lila. And then there are Callie and Steff's parents, Walter Cutler and Honor Pitman. Divorced for thirty years, they rarely speak to each other.
The lives of these colorful characters intersect when they each receive a shocking note that summons them together for one extraordinary summer in Maine and changes their lives forever. This novel is about the hard choices we have to face, about having to be your parents' child long after you've grown up, and about the enduring nature of love.

Jane Green was born and brought up in London. After abandoning a Fine Art degree and a stint in journalism, she went into public relations and worked for a time on This Morning. Jane then went back into the newspaper world and became a popular feature writer with the Daily Express, before going freelance and starting her first novel. A string of international bestsellers and marriage to an American later, Jane now lives in Connecticut but flies home to London as often as four children and lots of animals allow.Jane's hugely successful books include; Straight Talking, Jemima J., Mr Maybe, Bookends, Babyville, Spellbound, The Other Woman and Life Swap. Her latest novel is Second Chance. "
Loading...
or
Not Currently Available for Direct Purchase