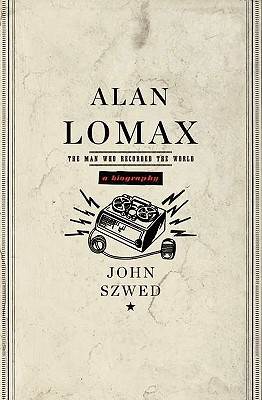 The Man Who Recorded the World

The remarkable life and times of the man who popularized American folk music and created the science of song
Folklorist, archivist, anthropologist, singer, political activist, talent scout, ethnomusicologist, filmmaker, concert and record producer, Alan Lomax is best remembered as the man who introduced folk music to the masses. Lomax began his career making field recordings of rural music for the Library of Congress and by the late 1930s brought his discoveries to radio, including Woody Guthrie, Pete Seeger, and Burl Ives. By the 1940s he was producing concerts that brought white and black performers together, and in the 1950s he set out to record the whole world.
Lomax was also a controversial figure. When he worked for the U. S. government he was tracked by the FBI, and when he worked in Britain, MI5 continued the surveillance. In his last years he turned to digital media and developed technology that anticipated today's breakthroughs. Featuring a cast of characters including Eleanor Roosevelt, Leadbelly, Carl Sandburg, Carl Sagan, Jelly Roll Morton, Muddy Waters, and Bob Dylan, Szwed's fascinating biography memorably captures Lomax and provides a definitive account of an era as seen through the life of one extraordinary man.

John Szwed is the author of "So What: The Life of Miles Davis" and "Space Is the Place: The Life and Times of Sun Ra," among other works. He is a professor of music and jazz studies at Columbia University. He lives in New York City.
Loading...
or
Not Currently Available for Direct Purchase