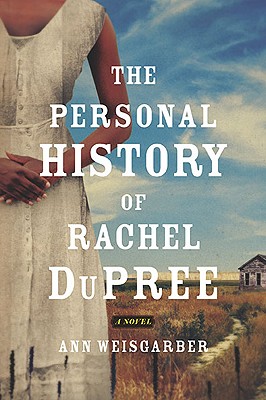 The Personal History of Rachel DuPree

An award-winning novel with incredible heart, about life on the prairie as it's rarely been seen
When Rachel, hired help in a Chicago boardinghouse, falls in love with Isaac, the boardinghouse owner's son, he makes her a bargain: he'll marry her, but only if she gives up her 160 acres from the Homestead Act so he can double his share. She agrees, and together they stake their claim in the forebodingly beautiful South Dakota Badlands.
Fourteen years later, in the summer of 1917, the cattle are bellowing with thirst. It hasn't rained in months, and supplies have dwindled. Pregnant, and struggling to feed her family, Rachel is isolated by more than just geography. She is determined to give her surviving children the life they deserve, but she knows that her husband, a fiercely proud former Buffalo Soldier, will never leave his ranch: black families are rare in the West, and land means a measure of equality with the white man. Somehow Rachel must find the strength to do what is right-for herself, and for her children.
Reminiscent of "The Color Purple" as well as the frontier novels of Laura Ingalls Wilder and Willa Cather, "The Personal History of Rachel DuPree" opens a window on the little-known history of African American homesteaders and gives voice to an extraordinary heroine who embodies the spirit that built America.


Praise For The Personal History of Rachel DuPree…

Ann Weisgarber was born and raised in Kettering, Ohio. She was a social worker before earning a master s degree in sociology at the University of Houston and becoming a teacher. She divides her time between Sugar Land and Galveston, Texas."