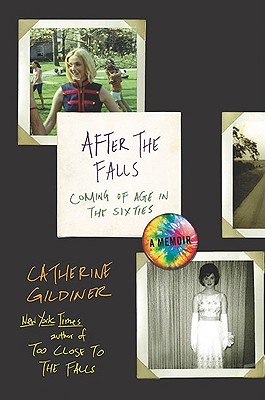 Coming of Age in the Sixties

“Continuing her memoirs in the same frank and funny tone as her previous book, Too Close to the Falls, Gildiner recounts her experience coming of age in the 1960s. She copes with an unhappy move to Buffalo with her family, vandalizes neighborhood houses in a misguided attempt to bring about social change, goes off to college, and deals with a tragedy at home. Her personal narrative is a tour through the 1960s, revealing the political unrest and social movements that defined the era.”
— Erica Caldwell, Present Tense, Batavia, NY
View the List

The vivid and touching sequel to the bestselling memoir "Too Close to the Falls."
It's 1960 and twelve-year-old Cathy McClure has just been thrown out of Catholic school for-among other transgressions-filling the holy water fount with vodka. In the hopes of giving Cathy a fresh start away from their small town, the McClures leave behind Niagara Falls and the family pharmacy to start over in suburban Buffalo. But life in a subdivision and a school filled with "pubescent cheddar" holds little appeal for a girl who began working at four and smoking at nine. As the quaint world of 1950s America recedes into history, Cathy dives headfirst into the 1960s. Along the way, she adopts many personas with gusto-vandal, HoJo hostess, FBI suspect, civil rights demonstrator- but when tragedy strikes at home, Cathy must take on her most challenging role yet.
As candid and compelling as Mary Karr's "The Liars' Club" and Jeanette Walls's "The Glass Castle, After the Falls" is an irresistible account of one girl's comingof-age during a tumultuous era and the moving tale of a rebellious spirit learning what it means to be a daughter.

Catherine Gildiner has been in private practice in clinical psychology for nearly twenty years. She writes a monthly advice column for Chatelaine, a popular Canadian magazine, and contributes regularly to countless other Canadian newspapers and magazines. She lives in Toronto with her husband and three sons.
Loading...
or
Not Currently Available for Direct Purchase