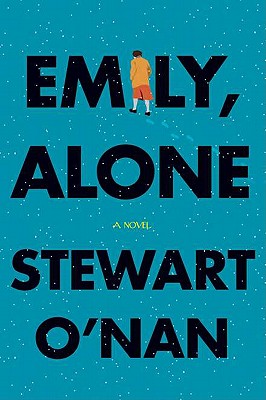 From the author of Last Night at the Lobster, a moving vision of love and family.

A sequel to the bestselling, much-beloved Wish You Were Here, Stewart O'Nan's intimate new novel follows Emily Maxwell, a widow whose grown children have long moved away. She dreams of vists by her grandchildren while mourning the turnover of her quiet Pittsburgh neighborhood, but when her sole companion and sister-in-law Arlene faints at their favorite breakfast buffet, Emily's days change. As she grapples with her new independence, she discovers a hidden strength and realizes that life always offers new possibilities. Like most older women, Emily is a familiar yet invisible figure, one rarely portrayed so honestly. Her mingled feelings-of pride and regret, joy and sorrow- are gracefully rendered in wholly unexpected ways. Once again making the ordinary and overlooked not merely visible but vital to understanding our own lives, Emily, Alone confirms O'Nan as an American master.

Stewart O'Nan is the author of a dozen award-winning novels, including "Snow Angels, A Prayer for the Dying," and "The Good Wife," as well as several works of nonfiction, including, with Stephen King, the bestselling "Faithful." He lives in Pittsburgh.
Loading...
or
Not Currently Available for Direct Purchase