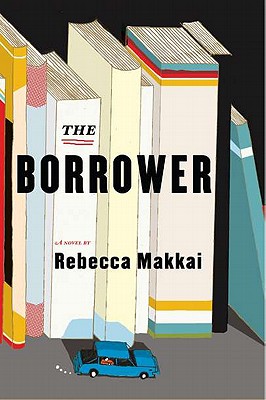 In this delightful, funny, and moving first novel, a librarian and a young boy obsessed with reading take to the road.
Lucy Hull, a young children's librarian in Hannibal, Missouri, finds herself both a kidnapper and kidnapped when her favorite patron, ten- year-old Ian Drake, runs away from home. The precocious Ian is addicted to reading, but needs Lucy's help to smuggle books past his overbearing mother, who has enrolled Ian in weekly antigay classes with celebrity Pastor Bob. Lucy stumbles into a moral dilemma when she finds Ian camped out in the library after hours with a knapsack of provisions and an escape plan. Desperate to save him from Pastor Bob and the Drakes, Lucy allows herself to be hijacked by Ian. The odd pair embarks on a crazy road trip from Missouri to Vermont, with ferrets, an inconvenient boyfriend, and upsetting family history thrown in their path. But is it just Ian who is running away? Who is the man who seems to be on their tail? And should Lucy be trying to save a boy from his own parents?

Rebecca Makkai s stories have been anthologized in "The Best American Short Stories 2008, 2009," and "2010," and have appeared in "Tin House, Ploughshares, The Threepenny Review," and on NPR s "Selected Shorts." Makkai teaches elementary school and lives north of Chicago with her husband and two daughters."
Loading...
or
Not Currently Available for Direct Purchase