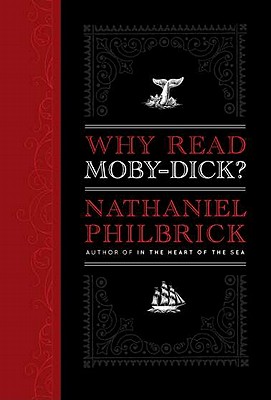 “I read this delightful homage to Melville's classic twice in succession and enjoyed it greatly both times. Philbrick, an unabashed and encouraging fan, has penned the perfect combination of biography, history, and literary criticism. His book is both fun and informative, and it is hard not to be swept up by his enthusiasm. It is likely to inspire many readers to tackle the classic, as it did me!”
— Christopher Rose, Andover Bookstore, Andover, MA
View the List

Moby-Dick is perhaps the greatest of the Great American Novels, yet its length and esoteric subject matter create an aura of difficulty that too often keeps readers at bay. Fortunately, one unabashed fan wants passionately to give Melville's masterpiece the broad contemporary audience it deserves. In his National Book Award- winning bestseller, In the Heart of the Sea, Nathaniel Philbrick captivatingly unpacked the story of the wreck of the whaleship Essex, the real-life incident that inspired Melville to write Moby- Dick. Now, he sets his sights on the fiction itself, offering a cabin master's tour of a spellbinding novel rich with adventure and history. Philbrick skillfully navigates Melville's world and illuminates the book's humor and unforgettable characters-finding the thread that binds Ishmael and Ahab to our own time and, indeed, to all times. A perfect match between author and subject, Why Read Moby-Dick? gives us a renewed appreciation of both Melville and the proud seaman's town of Nantucket that Philbrick himself calls home. Like Alain de Botton's How Proust Can Change Your Life, this remarkable little book will start conversations, inspire arguments, and, best of all, bring a new wave of readers to a classic tale waiting to be discovered anew.

Nathaniel Philbrick, is a leading authority on the history of Nantucket Island. His In the Heart of the Sea won the National Book Award. His latest book is Sea of Glory, about the epic U.S. Exploring Expedition of 1838-1842. His other books include Away off Shore: Nantucket Island and Its People, 1602-1890 (which Russell Baker called "indispensable") and Abram's Eyes: The Native American Legend of Nantucket Island ("a classic of historical truthtelling," according to Stuart Frank, director of the Kendall Whaling Museum). He has written an introduction to a new edition of Joseph Hart's Miriam Coffin, or The Whale Fisherman, a Nantucket novel (first published in 1834) that Melville relied upon for information about the island when writing Moby Dick.