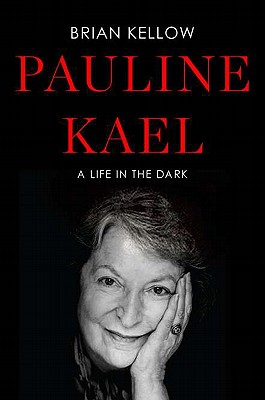 A Life in the Dark

The first biography of "The New Yorker's" influential, powerful, and controversial film critic.

A decade after her death, Pauline Kael remains the most important figure in film criticism today, in part due to her own inimitable style and power within the film community and in part due to the enormous influence she has exerted over an entire subsequent generation of film critics. During her tenure at the "New Yorker" from 1967 to 1991 she was a tastemaker, a career maker, and a career breaker. Her brash, vernacular writing style often made for an odd fit at the stately "New Yorker."

Brian Kellow gives us a richly detailed look at one of the most astonishing bursts of creativity in film history and a rounded portrait of this remarkable (and often relentlessly driven) woman. "Pauline Kael" is a book that will be welcomed by the same audience that made Mark Harris's "Pictures at a Revolution" and Peter Biskind's "Easy Riders, Raging Bulls" bestsellers, and by anyone who is curious about the power of criticism in the arts.


Praise For Pauline Kael: A Life in the Dark…

“[Pauline Kael] got into my bloodstream more than any other critic. So I have been waiting most of my life for a smart, insightful biography like [Pauline Kael: A Life in the Dark] to take me beyond and beneath the hypnotic thrill of her prose.”

“[An] entertaining and insightful biography, as much a study of her criticism as a narrative of her life. . . . [Pauline] Kael emerges from [Kellow’s] biography as a great cinematic character, a kind of Citizen Kane, with a life lived and shaped by the dark.”

“[A] smart and incisive biography…. [Moviegoers] are in for a colossal eye-opening. [Kael's] love for film has no present-day counterpart…. Mr. Kellow’s clear, independent view of his subject is his book’s most valuable surprise….Kael liked to disparage what she called ‘saphead objectivity.’ Bur Mr. Kellow is no saphead, and he makes objectivity a great virtue."
— Janet Maslin, The New York Times (Editors’ Choice)

“To appreciate Kael’s trailblazing, you have to see it in its broader context. Luckily, that backdrop is filled in with surefooted sophistication by Brian Kellow in Pauline Kael: A Life in the Dark, a fair-minded and deeply reported Kael biography.”
— Frank Rich, The New York Times Book Review

“I fell on Kellow’s book like a teenage girl on a lost volume of the Twilight saga and found it quite as riveting as teens find anything to do with Bella.”
— Mary Pols, San Francisco Chronicle

“A smart and eminently readable examination of the life and career of one of the 20th century’s most influential movie critics.”
— Los Angeles Times.com

“[Kellow] brings a wise and sweeping vision to [Kael's] artistic mentality and her enduring legacy.”
— The Washington Times

“[A] terrific new biography… [Kael's early life ] was a revelation to me, thanks to Kellow’s ace research.”
— Salon.com

“Fun, fair, and fluently written, [Pauline Kael: A Life in the Dark] is an edifying read.”
— The Dallas Morning News

“In Pauline Kael: A Life in the Dark, author Brian Kellow offers a making-of story as engaging as her criticism. It’s not easy feat—what’s less dramatic than scribbling into the night?—but Kellow tapped [Kael's] friends and foes and her writing while developing a colorful, even handed appreciation of one of film’s most influential critics….[An] eye-opening biography.”
— Associated Press

“The fact that most of us know little about [Kael's ] upbringing of her private life makes this an especially intriguing biography.”
— Leonard Maltin, Leonard Maltin.com

“Kellow evocatively captures the blooming of film culture in the early 1960s, and the sobriety with which Kael took over the critical pulpit….Kellow not only grasps the significance of his subject, but invokes the pace and energy of [Kael's] singular style….good, dishy fun.”
— The Village Voice

“[E]xhaustively researched, beautifully written….Kellow has told [Kael's] life in incredible detail….I found [Pauline Kael: A Life in the Dark] enthralling because it vividly recreates a world I was part of, which seems now very distant. It is also because Kellow has been generous in quoting [Kael's] sensuous, percussive, often wise prose….Pauline was a galvanizing presence, and Kellow has brought her back with overwhelming intensity.”
— Howard Kissel, The Huffington Post

“Pauline Kael: A Life in the Dark is a very good biography."
— Richard Schickel, Los Angeles Review of Books

“The [present] I hope someone will send me is Brian Kellow’s Pauline Kael: A Life in the Dark.”
— Philip French, The Observer (U.K.)

“[A] finely balanced biography…[N]ot only will you not be disappointed with Kellow’s intrepid research, you’ll also be rewarded by his rich, close reading of her reviews (and the stories behind the writing of them) that does marvelous justice to Pauline Kael’s exhilarating gift for writing on the movies. Both, her admirers and her detractors could not have asked for a more satisfying biography.”
— The Hindu

“[A] smashing first biography of the famed New Yorker critic.”
— The Buffalo News

“[Brian] Kellow finds the emotional core of [Pauline] Kael’s persona….Kellow is quickly becoming a film fan’s dream biographer…. That Kellow chooses to write in calm, unshowy prose is both astute as a journalistic technique and integral to the book’s aesthetic success….Kellow’s Kael transcends mere artistic contrarianism and resembles a sort of impassioned duelist.”
—Celluloid Void

“Perhaps the most valuable thing about Brian Kellow’s fine new book about [Pauline] Kael, A Life in the Dark, is that, aside from its virtues as a sympathetic, clear-eyed and sharp biography, is that it’s a really fine cultural and social document of a turning point in movie history.”

“Brian Kellow’s biography Pauline Kael: A Life in the Dark wisely charts Kael’s life by focusing on her writing.”

“Yet Kael often reveled in movies she thought were a mess, just as anyone who reads Brian Kellow’s incisive, detailed biography of America’s most impassioned and influential movie critic, Pauline Kael: A Life in the Dark, is sure to be absorbed, sucked in, by Kael’s cluttered hodge-podge of a life—personally, professionally, emotionally, aesthetically….There is so much packed into Kellow’s rich book…that her life story seems an epic script.”

“[Pauline Kael is an] entertaining and insightful biography.”

“[Pauline Kael is an] excellent Biography.”

Brian Kellow is the features editor of "Opera News," where his column, On the Beat, appears monthly. He is the author of "The Bennetts: An Acting Family" and the coauthor of "Can t Help Singing: The Life of Eileen Farrell." A classically trained pianist, Kellow has also written for "Opera" and "Playbill," among others. He lives in New York City."
Loading...
or
Not Currently Available for Direct Purchase