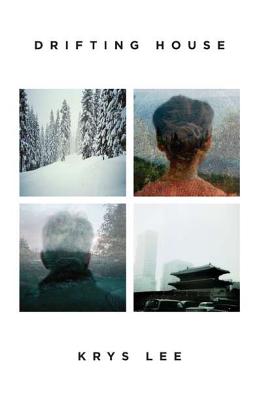 An unflinching portrayal of the Korean immigrant experience from an extraordinary new talent in fiction.

Spanning Korea and the United States, from the postwar era to contemporary times, Krys Lee's stunning fiction debut, "Drifting House," illuminates a people torn between the traumas of their collective past and the indignities and sorrows of their present.

In the title story, children escaping famine in North Korea are forced to make unthinkable sacrifices to survive. The tales set in America reveal the immigrants' unmoored existence, playing out in cramped apartments and Koreatown strip malls. A makeshift family is fractured when a shaman from the old country moves in next door. An abandoned wife enters into a fake marriage in order to find her kidnapped daughter.

In the tradition of Chang-rae Lee's "Native Speaker" and Jhumpa Lahiri's "Interpreter of Maladies, Drifting House" is an unforgettable work by a gifted new writer.

“If there's one thing Krys Lee knows how to do it's use history and culture as the boards and backdrop of a narrative while allowing her characters to take centre-stage. . . . The two finest stories in the collection, ‘Drifting House’ and ‘The Believer,’ achieve extraordinary feats within a few pages— murder, madness, haunting, loss of faith and more.”—The Guardian (London)

“In nine haunting tales, this Korean-born author . . . writes of the psychological fallout from Korea's troubled history and the toll on families living in a fractured world. . . . The metaphor of the drifting house serves as an apt, unifying roof over these harrowing, tragic stories about unmoored characters who find themselves neither here nor there. Lee . . . is well on her way to a promising literary career.”—NPR.org

“When reading the stories of debut author Krys Lee's Drifting House, the simplicity and restraint of the writer come to the fore: declarative sentences, no fulsome descriptions despite the exotic locales of some of her stories. It is in this quiet confidence that the true strangeness and beauty of the work can emerge. . . . It is the cool telling that allows the tectonic plates of history, social forces and circumstances to move beneath these stories, conveying the feeling that something urgent and profound is at stake, beyond the lives of these striving, damaged and unforgettable characters.”—Marie Myung-Ok Lee, The San Francisco Chronicle

“This powerful debut collection takes an unflinching look at the reality of life in Korea. . . . Lee plumbs the darkness on both sides of this divided nation. . . . Hers is a unique approach. . . . By showing these authentic, everyday people at dramatic and pivotal moments, Krys Lee strips them to the core of their humanity. Her vision is a solemn one, but an important one too.”—The Financial Times

“Krys Lee . . . is already a precise stylist and an unflinching observer of the unfortunate lot of her compatriots, those who stay [in Korea] and those who make it to the States. . . . In the best stories, like the tragic yet luminous ‘A Small Sorrow,’ the story of a flawed marriage and an artistic rivalry, Lee's psychological acuity is empathetic under its unsentimental portraiture.”—The Minneapolis Star Tribune

“Drifting House has shades of Jhumpa Lahiri’s Unaccustomed Earth in its rendering of split cultural identities. But even more, it recalls Alice Munro’s Too Much Happiness, holding beauty and brutality in an elegant equipoise. . . . In her textured, knowing and brilliant debut, Lee tells hard truths, tenderly.”—The Kansas City Star

“Insightful. . . . A keen observation of the layers of Korean society the past few generations, and of the dualities that have shaped the peninsula and its people. . . . The collection is at its best in exploring the duality of past and future, of memory and hope. And it is often at its best. . . . A part tragic and part nostalgic perspective of modern Korea.”—The Pittsburgh Post-Gazette

“Drifting House offers a rare look at how damaging politics takes a personal turn, undermining even what we are able to call home. . . . The greatest strength of these nine stories is Lee’s ability to locate them in the strange and brutal dimensions of lives distorted by dictatorship, exile, expatriation, and even hunger. Her stories also slide through the quiet violence of divorce, loneliness, parenthood, and erotic attraction. . . . Lee is a patient storyteller with a distanced, mostly omniscient point of view. Such a sweeping, plain-style narration is essential for lacing together a collection that unfolds in three countries. The even tone lifts these stories out of melodrama and turns them instead into pristine things that are as unsparing as they are compassionate.”—The Daily Beast


“If you are a short story lover, a reader who isn't afraid of true things, a person who knows every other person around them hides multitudes of both light and dark secrets, read Drifting House.”—The Seattle Post Intelligencer

“However dark their fates might be, Lee blesses her characters with passions forged from the flames of suffering. The survivors of Drifting House are those who dare to find their salvation in small moments of beauty and connection, who have endured great losses, but pick themselves up and keep moving forward. . . . Drifting House reminds us of the illumination that comes from recognizing the shakiness of the ground under our feet. We tell ourselves that we are in control of our stories, but we never are. Lee’s survivors know the truth: Control isn’t possible. Once we accept that, we take our first, small steps toward grace.”—Heather Havrilesky, The Los Angeles Review of Books

“Stunning. . . . There is a stark beauty to Lee’s writing. Drifting House offers a poignant glimpse into lives divided by history. . . . If you were to substitute the copious soju (a strong Korean spirit similar to sake) consumed here for bourbon, this could be Raymond Carver.”—The Daily Telegraph (London)

“Set in both America and Korea, these are subtle, haunting stories that explore the lives of people caught between two cultures.”—The Sunday Times (London)

“As they sift through the emotional wreckage left by civil war, political brutalities, financial collapse, and the prosaic details of getting by in places they're unwelcome, the individuals in Drifting House reach for resilience amid nearly unimaginable hardship. Lee, who splits her time between South Korea and the United States, is an empathetic chronicler of a perpetually displaced people, writing with the immediacy of someone who has lived their experience.”—SF Weekly

“Impressive. . . . The moral battle between good and evil that resonates through this collection reminds the reader of much of Flannery O’Connor’s short fiction.”—Asia Literary Review

“Almost every story in Krys Lee’s collection Drifting House pulls you in, and begins to work with you as patiently as a novel. A bit of deft characterization here, a subtle pull at your sympathies there, and twenty pages pass quickly by.”—The Seattle Star

“Drifting House . . . lays bare [the] wounds of Korea and draws the reader into this fractured world. . . . Krys Lee does not work on a small canvas, and her vision and imagination startle and shock.”—The Washington Independent Review of Books

“Affecting stories about the conflicts between Korean and American culture. . . . Lee writes with a clarity and simplicity of style that discloses deep and conflicting emotions about cultural identity.”—Kirkus Reviews (Starred Review)

“In this sublime debut collection spanning both Koreas and America, protagonists locked in by oppressive social forces struggle to break free in original ways, each unexpected denouement a minor miracle or a perfect tragedy. . . . The author’s imaginative metaphors and easy rhythmic variances are unerring, carrying the reader effortlessly. . . . The limpid, naturalistic prose and the flawless internal logic of these stories are reminiscent of the best of Katherine Anne Porter and Carson McCullers.”—Publishers Weekly (Starred Review)

“What wonderful and haunting worlds Krys Lee illuminates—a goose for a goose father, a sympathetic wife made bold by her husband’s infidelity—all facets of a Korea and a Korean America made new by this exciting writer’s entrancing vision.”—Janice Y. K. Lee, author of New York Times bestselling The Piano Teacher

"Krys Lee's fascinating stories take place in gaps in the world, the surreal places that are in fact reality for her Korean characters, both at home and abroad. In those interstices there is horror and humor; there is sometimes haunting sadness, and there is on occasion grace."—Jane Hamilton, New York Times bestselling author of A Map of the World and The Book of Ruth

“Krys Lee has written a book of unforgettable stories, each one building on the other to create a complex, moving portrait of contemporary Korea and its diaspora. She guides us surely through the fallout of war, immigration, and financial crisis, always alert to the possibility of tenderness, transcendence, and even humor along the way. Lee is a writer who really understands loneliness, but her voice is so appealing, and her perceptions so wise, that we feel all the less lonely for knowing her characters and experiencing their lives.”—Sarah Shun-lien Bynum, National Book Award finalist; author of Ms. Hempel Chronicles

“Sometimes, with luck, passion, and great skill, fiction accomplishes things nothing else can, things of magical and abiding significance. Krys Lee’s debut story collection is such a book. Drifting House is important for its heartbreaking depiction of the often horrifying plight of North and South Korean immigrants struggling to find dignity and self-definition in their new lives. It introduces us to a subject as old as human struggle itself, and a powerful new writer of highly lyrical gifts.”—Philip Schultz, Pulitzer Prize–winning author of Failure

“A shimmering, variegated collection. . . . Masterful. . . . Lee reminds readers . . . that hardship is worth paying attention to, not just for the empathy it draws forth, or for the strength found in characters who manage to come out on the other side, but for its ability to connect people across time and cultures.”—BookBrowse

“Identity, loneliness and survival haunt Drifting House, Krys Lee’s debut collection of short stories. . . . Ms Lee has a natural gift for storytelling and her writing displays a rare clarity. The dark images embedded in these stories reveal a world ravaged by pain and conflict, and explore what drives human beings at their most primordial.”—The Economist

“[An] excellent debut. . . . Lee explores and highlights several aspects of Koreans and Korean Americans that are never discussed outside of the confines of those cultures. . . . Lee manages to accomplish a massive task: to explore modern Koreans and their place in both the U.S. and at home, in Seoul. Lee herself straddles both of these cultures, and proves to be a worthy ambassador for both.”—Hyphen

Krys Lee was born in Seoul, South Korea, raised in California and Washington, and studied in the United States and England. She was a finalist for "Best New American Voices," received a special mention in the 2012 Pushcart Prize XXXVI, and her work has appeared in the "Kenyon Review," "Narrative" magazine, "Granta" (New Voices), "California Quarterly," "Asia Weekly," "The Guardian," "The New Statesman," and "Conde Nast Traveller," UK (forthcoming). She lives in Seoul with intervals in San Francisco.

www.kryslee.com"
Loading...
or support indie stores by buying on
(This book is on backorder)