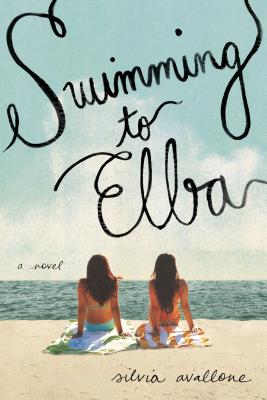 Anna and Francesca are on the brink of everything: high school, adulthood, and the edge of ambition in their provincial town. It's summer in Piombino, Italy, and in their skimpy bathing suits, flaunting their newly acquired curves, the girls suddenly have everyone in their thrall. This power opens their imagination to a destiny beyond Piombino; the resort town of Elba is just a ferry ride away and yet they ve never dared to go. Maybe the future is waiting for them there, or somewhere beyond.

When their friendship suffers a blow, the girls set off on their own only to discover that their budding sexuality takes them further than they expect, though not as far as their dreams. As their choices take them to a painful crossroads, the girls must reconnect if they have any hope of escaping their small town destinies.

In this poetic, prizewinning debut, Silvia Avallone captures the lost innocence of a generation. Harrowing yet ultimately redemptive, "Swimming to Elba" is a story about the power of friendship, and the way that family, friendship, and economics shape our world.


Praise For Swimming to Elba…

International praise:
“Powerful. As trenchant as it is true.”
—Le Parisien

“A galvanizing social novel, spacious and strenuous, like a film that would have been cosigned by Ken Loach and Gus Van Sant.”
—Libération

“A book that skims close to the realm of the epic in its description of the desperate and empty lust for life of a tribe of young people and the small and vast tragedies that emerge from their struggles.”
—Giorgio De Rienzo, Corriere delle Sera

“A novel capable of holding together—in the drift or in the tragedy of many lives—the thread of a hope that springs from two young lives that may be destined to fit together.”
—Giovanni Tesio, Tuttolibri—La Stampa

“Silvia Avallone has a gift for painting a believable picture of not only her two leading characters, but of a crowd of actors: grief-stricken women, lazy factory workers, brutish thugs who frequent lap-dancing bars, young girls and boys who want to make the world their own. . . . Something verging on the operatic elegantly fills the pages of this remarkable novel.”
—Giovanni Pacchiano, Il Sole 24 Ore

“With Silvia Avallone, we are in the presence of a natural, original, and untutored talent, capable of capturing the contradictions of her own time in a rebellious, heartbreaking way. But the greatness of [Swimming to Elba], at once carnal and chaste [...] lies in the powerful way that it identifies beauty and friendship as the two decisive, all-encompassing emotions of adolescence. It is a book that demands love, in its truthfulness, in its refusal to turn away from the life-giving breath of poetry.”
—Giuseppe Conte, Il Giornale

“Avallone skillfully tugs every thread in her tapestry with an artist’s hand. . . . This Avallone is a force of nature, with her exacting, precise prose, as in the spectacular opening passages.”
—Massimo Onofri, Avvenire

“Following in the footsteps of the great tradition of a Tuscan and European author like Romano Bilenchi.”
—Davide Barili, Gazzetta di Parma

“Swimming to Elba is intelligent and well written. It deserves its success: Silvia Avallone gives us a penetrating vision of the way the new proletariat lives. She narrates that story very well. I was reminded of Tuscan authors such as Carlo Cassola and Vasco Pratolini. She is a modern writer, but you can sense those roots.”
—Dacia Maraini, Oggi

“From this first novel, [Silvia Avallone] might one day write a novel that is to literature what Bernardo Bertolucci’s Novecento was for film.”
—Gianfranco Franchi, Secolo d’Italia

“A masterpiece of fine writing, literature in its purest state, as if the words had flowed like molten steel out of the blast furnace, to recount perfect characters and a magnificent story.”

Silvia Avallone is an Italian poet and novelist. This first novel published in Italy as "Acciaio" won second place in the 2010 Premio Strega and rights have been sold in fourteen countries. She is lives in Italy.Antony Shugaar s recent translations include "A Pimp s Notes" by Giorgio Faletti, "The Nun" by Simonetta Agnello Hornby, "Bandit Love" by Massimo Carlotto, and "Sandokan" by Nanni Balestrini, for which he received an NEA translation fellowship. He lives with his family in Charlottesville, Virginia."
Loading...
or
Not Currently Available for Direct Purchase