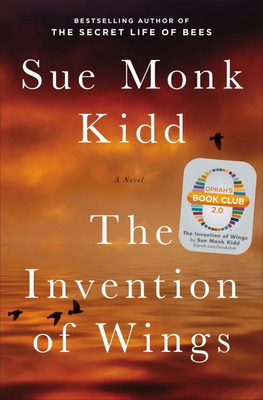 The #1 New York Times bestseller of hope, daring, and the quest for freedom taken on by two unforgettable American women, from the celebrated author of The Secret Life of Bees.

“Powerful…furthers our essential understanding of what has happened among us as Americans – and why it still matters.” –The Washington Post

Writing at the height of her narrative and imaginative gifts, Sue Monk Kidd presents a masterpiece of hope, daring, the quest for freedom, and the desire to have a voice in the world—and it is now the newest Oprah’s Book Club 2.0 selection.

Praise For The Invention of Wings: A Novel…