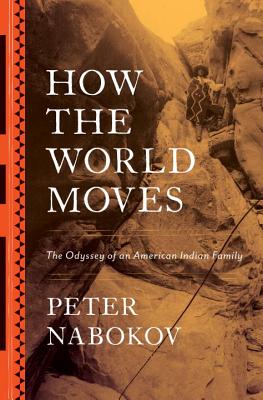 How the World Moves

The Odyssey of an American Indian Family

A compelling portrait of cultural transition and assimilation via the saga of one Acoma Pueblo Indian family Born in 1861 in New Mexico's Acoma Pueblo, Edward Proctor Hunt lived a tribal life almost unchanged for centuries. But after attending government schools he broke with his people's ancient codes to become a shopkeeper and controversial broker between Indian and white worlds. As a Wild West Show Indian he travelled in Europe with his family, and saw his sons become silversmiths, painters, and consultants on Indian Lore. In 1928, in a life-culminating experience, he recited his version of the origin myth of Acoma Pueblo to Smithsonian Institution scholars. Nabokov narrates the fascinating story of Hunt's life within a multicultural and historical context. Chronicling Pueblo Indian life and Anglo/Indian relations over the last century and a half, he explores how this entrepreneurial family capitalized on the nation's passion for Indian culture. In this rich book, Nabokov dramatizes how the Hunts, like immigrants throughout history, faced anguishing decisions over staying put or striking out for economic independence, and experienced the pivotal passage from tradition to modernity.

Peter Nabokov is a professor of world arts and cultures and American Indian studies at UCLA. His previous books include Where the Lightning Strikes and Indian Running, and he edited the volume Native American Testimony. He lives in Los Angeles.
Loading...
or
Not Currently Available for Direct Purchase