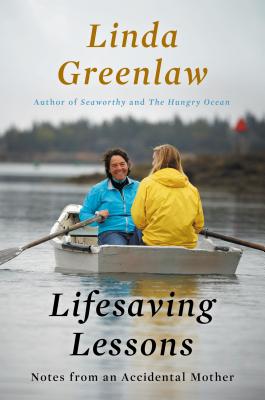 Notes from an Accidental Mother

Famed swordfish boat captain Linda Greenlaw faces her greatest battle with nature a newly adopted teenage daughter
Linda Greenlaw isn t a woman who shies away from a challenge a nationally renowned swordfish boat captain made famous in the film "The Perfect Storm," Greenlaw is also a bestselling author and a television celebrity. Through hard work and determination, she had created a life of peaceful independence, living on a rugged island off the coast of Maine.
Then came Mariah.
A troubled fifteen-year-old, Mariah arrives on the island to stay with her uncle, an island newcomer and seemingly normal guy. The entire community is rocked when it is revealed that Mariah has suffered terrible abuse at his hands, and the island comes together to rescue the teenager from further harm. Alone and at risk, Mariah needs a guardian and the island residents nominate Linda, who is not exactly the picture of maternal warmth.
A remarkably candid and tenderly funny memoir, " Lifesaving Lessons" follows this unexpected mother-daughter pair as they navigate their new life together, learning to trust themselves and each other and forge the loving family that neither of them knew they needed.

Linda Greenlaw, America s only female swordfish boat captain, was featured in the book and film "The Perfect Storm." She has written three "New York Times" bestselling nonfiction books about life as a commercial fisherman as well as a cookbook and two mysteries. She lives on Isle au Haut, off the coast of Maine. "
or
Not Currently Available for Direct Purchase
Copyright © 2020 American Booksellers Association