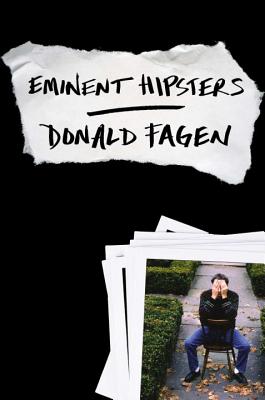 A witty, revealing, sharply written work of memoir and criticism by the cofounder of Steely Dan
Musician and songwriter Donald Fagen presents a group of vivid set pieces in his entertaining debut as an author, from portraits of the cultural figures and currents that shaped him as a youth to an account of his college days and of life on the road.
Fagen begins by introducing the eminent hipsters that spoke to him as he was growing up in a bland New Jersey suburb in the early 1960s, among them Jean Shepherd, whose manic nightly broadcasts out of WOR-Radio enthralled a generation of alienated young people; Henry Mancini, whose swank, noirish soundtracks left their mark on him; and Mort Fega, the laid-back, knowledgeable all-night jazz man at WEVD who was like the cool uncle you always wished you had. He writes of how, coming of age during the paranoid Cold War era, one of his primary doors of escape became reading science fiction, and of his invigorating trips into New York City to hear jazz. Class of 69 recounts Fagen's colorful, mind-expanding years at Bard College, the progressive school north of New York City, where he first met his future musical partner Walter Becker. With the Dukes of September offers a cranky, hilarious account of the ups and downs of a recent cross-country tour Fagen made with Boz Scaggs and Michael McDonald, performing a program of old R&B and soul tunes as well as some of their own hits.
Acclaimed for the elaborate arrangements and jazz harmonies of his songs, Fagen proves himself a sophisticated writer with a very distinctive voice in this engaging book.

“[An] excellent. . . and satisfying memoir.  This is less about Fagen’s career than about his tastes. . .He writes insightfully about music, films, and books. . .with this remorseless, hilarious book, Fagen reveals himself as a first-class grump. . . Eminent Hipsters is also a convincing testimonial to the honing effect of a lifelong devotion to the culture of misfits, weirdos and cranks.”—Rolling Stone

“Fagen is utterly charming when he describes other performers. . .he defends TV and film composer Henry Mancini from charges of fuddy-duddyness. . . his essay on Connie Boswell is the kind of top-notch, incisive cultural critique you ain’t gonna get from the likes of Keith Richards.  Just like the lyrics he penned for the Dan, Fagen’s writing here is charged with a zingy, acerbic intelligence.”—Slate.com

“As you would expect from someone who has been one of the most consistently sardonic voices of rock, Fagen can write.”—GQ.com

Donald Fagen was born in 1948 and grew up in New Jersey. He is a graduate of Bard College, where he met musician Walter Becker, with whom he formed Steely Dan. His writing has appeared in "Premiere," "Slate," "Harper s Bazaar," and "Jazz Times." He lives in New York City. Visit donaldfagen.com."
Loading...
or
Not Currently Available for Direct Purchase