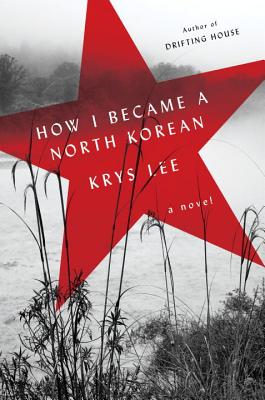 How I Became a North Korean

"Lee takes us into urgent and emotional novelistic terrain: the desperate and tenuous realms defectors are forced to inhabit after escaping North Korea.” –Adam Johnson, author of The Orphan Master’s Son

"The more confusing and horrible our world becomes, the more critical the role of fiction in communicating both the facts and the meaning of other people’s lives. Krys Lee joins writers like Anthony Marra, Khaled Hosseini and Elnathan John in this urgent work." –San Francisco Chronicle

Yongju is an accomplished student from one of North Korea's most prominent families. Jangmi, on the other hand, has had to fend for herself since childhood, most recently by smuggling goods across the border. Then there is Danny, a Chinese-American teenager whose quirks and precocious intelligence have long made him an outcast in his California high school.

These three disparate lives converge when they flee their homes, finding themselves in a small Chinese town just across the river from North Korea. As they fight to survive in a place where danger seems to close in on all sides, in the form of government informants, husbands, thieves, abductors, and even missionaries, they come to form a kind of adoptive family. But will Yongju, Jangmi and Danny find their way to the better lives they risked everything for?

Transporting the reader to one of the least-known and most threatening environments in the world, and exploring how humanity persists even in the most desperate circumstances, How I Became a North Korean is a brilliant and essential first novel by one of our most promising writers.


A FINALIST FOR THE 2016 CENTER FOR FICTION FIRST NOVEL PRIZE

Longlisted for the Carnegie Medal

One of Elle.com's "11 Best Books to Read in August"

Praise For How I Became a North Korean: A Novel…

"A forceful debut novel...not just another simplistic indictment of a country in thrall to its Dear Leader, Kim Jong-il, but a compelling vision of both North and South Korea." —Alexander Chee, The New York Times Book Review

"Krys Lee invites us into a world Westerners rarely glimpse and can barely imagine...While tackling weighty themes of power and politics, Lee zooms in laserlike on minute details to create moments of startling intimacy...Despite the violence it encompasses, at the heart of the story is a belief in the human capacity to transcend hardship, and to hope." —O, The Oprah Magazine

"The plot is full of drama and the writing is crystal clear...The more confusing and horrible our world becomes, the more critical the role of fiction in communicating both the facts and the meaning of other people’s lives. Krys Lee joins writers like Anthony Marra, Khaled Hosseini and Elnathan John in this urgent work." —San Francisco Chronicle

“An intense, unforgettable, compassionate study of human resilience...What Lee teaches us is that there is hope in the most desperate of circumstances, that the human spirit can still sputter to life after the worst has happened.” —Miami Herald

“Krys Lee is a superb writer...Lee has worked with North Korean refugees and she knows intimately their terror when trying to survive in a world where it is impossible to distinguish between friend and foe." —Barbara Demick, The Guardian

"A novel of great sincerity and moral courage, a book that can stand as a resonant response to the challenge that fiction has no place in the white heat of political turmoil." —Financial Times

"Lee's story throws light on a place we know little about, in heart-wrenching, lyrical detail." —Elle.com, "11 Best Books to Read in August"

“Lee successfully creates well-formed characters and makes readers care about their struggles...[It's] impossible to read this novel without remembering...that many real-life refugees have faced similar tough decisions and horrors in order to escape." —Christian Science Monitor

"A masterful portrayal of the personal side of world politics." —BookPage, "Six Stellar Summer Debuts"

"An ode to friendship. And freedom." —New York Post, "This Week's Must-Read Books"

"Krys Lee takes readers past the border and deep into the lives of defectors...How I Became North Korean is both delicate and menacing; the book’s details are fascinating, along with its social and political background. However it is, most of all, an overwhelming, emotional story. Lee’s book is shaped by its characters’ fragility, but mostly driven by their courage." —The Millions

"An extraordinary narrative that is both contemporary testimony and literary achievement . . . [Krys Lee is] one of the most elegant, impeccable voices of her youthful generation. Devotees of authors able to navigate effortlessly between short and longer forms, including Jhumpa Lahiri and Adam Johnson, will certainly be blessed to discover Lee’s work." —Library Journal, starred review

“With How I Became a North Korean, Krys Lee takes us into urgent and emotional novelistic terrain: the desperate and tenuous realms defectors are forced to inhabit after escaping North Korea. With heart and passion, Lee forges a world no other writer could create, one where the only response to longing and loss is learning to trust and hope again.” —Adam Johnson, Pulitzer Prize and National Book Award-winning author of The Orphan Master’s Son and Fortune Smiles

“This is one of the best books I've read in a good long while. Krys Lee inhabits three wildly different individuals with precision and heart. While North Korea is at the center of the novel, the themes of love, family and our debt to our fellow human beings will resonate universally.” —Gary Shteyngart, author of Super Sad True Love Story and Little Failure

“How I Became A North Korean proves that in literature, no story is too small, nobody is forgotten. With empathy and insight and a deep sense of place, Krys Lee brings us to one of the most hopeless corners of the world yet gives us hope and beauty. What a brave and moving novel.” —Yiyun Li, MacArthur Fellow and PEN/Hemingway award-winning author of A Thousand Years of Good Prayers and Kinder Than Solitude

“I was entranced by How I Became a North Korean, and read it with increasing admiration. It's such a penetrating work, an education, really, powered by a determination to salute the stories that have hitherto passed us by.” —Sunjeev Sahota, Booker Prize shortlisted author of The Year of the Runaways

“Terrifying, poetic and precise, How I Became a North Korean captures the crushing human cost of fleeing a dictatorship.” —Blaine Harden, New York Times bestselling author of Escape from Camp 14

"It is [Lee's] cool telling that allows the tectonic plates of history, social forces and circumstances to move beneath these stories, conveying the feeling that something urgent and profound is at stake, beyond the lives of these striving, damaged and unforgettable characters." —San Francisco Chronicle

"Drifting House has shades of Jhumpa Lahiri's Unaccustomed Earth in its rendering of split cultural identities. But even more, it recalls Alice Munro's Too Much Happiness, holding beauty and brutality in an elegant equipoise. . . . [A] textured, knowing and brilliant debut." —Kansas City Star

Krys Lee is the author of the short story collection Drifting House and How I Became a North Korean. She is a recipient of the Rome Prize and the Story Prize Spotlight Award, the Honor Title in Adult Fiction Literature from the Asian/Pacific American Libraries Association, and a finalist for the BBC International Story Prize. Her fiction, journalism, and literary translations have appeared in Granta, The Kenyon Review, Narrative, San Francisco Chronicle, Corriere della Sera, and The Guardian, among others. She is an assistant professor of creative writing and literature at Yonsei University, Underwood International College, in South Korea.
Loading...
or
Not Currently Available for Direct Purchase