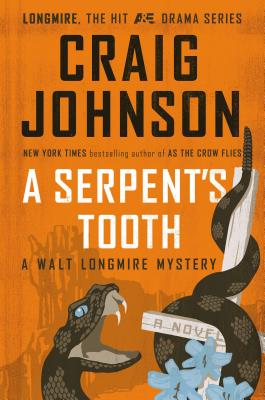 The success of Craig Johnson’s Walt Longmire series that began with The Cold Dish continues to grow after A&E’s hit show Longmire introduced new fans to the Wyoming sheriff. As the Crow Flies marked the series’ highest debut on the New York Times bestseller list. Now, in his ninth Western mystery, Longmire stares down his most dangerous foes yet.

It’s homecoming in Absaroka County, but the football and festivities are interrupted when a homeless boy wanders into  town. A Mormon “lost boy,” Cord Lynear is searching for his missing mother but clues are scarce. Longmire and his companions, feisty deputy Victoria Moretti and longtime friend Henry Standing Bear, embark on a high plains scavenger hunt in hopes of reuniting mother and son. The trail leads them to an interstate polygamy group that’s presiding over a stockpile of weapons and harboring a vicious vendetta.

Craig Johnson is the New York Times bestselling author of the Longmire mysteries, the basis for the hit Netflix original series Longmire. He is the recipient of the Western Writers of America Spur Award for fiction, the Mountains and Plains Booksellers Award for fiction, the Nouvel Observateur Prix du Roman Noir, and the Prix SNCF du Polar. His novella Spirit of Steamboat was the first One Book Wyoming selection. He lives in Ucross, Wyoming, population twenty-five.
Loading...
or
Not Currently Available for Direct Purchase