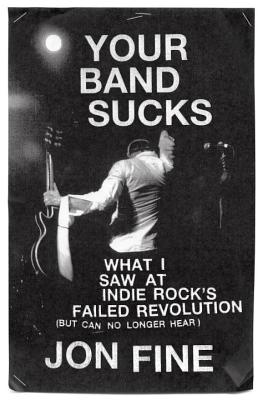 Jon Fine spent nearly thirty years performing and recording with bands that played various forms of aggressive and challenging underground rock music, and, as he writes in this memoir, at no point were any of those bands ever threatened, even distantly, by actual fame. Yet when members of his first band, Bitch Magnet, reunited after twenty-one years to tour Europe, Asia, and America, diehard longtime fans traveled from far and wide to attend those shows, despite creeping middle-age obligations of parenthood and 9-to-5 jobs, testament to the remarkable staying power of the indie culture that the bands predating the likes of Bitch Magnet--among them Black Flag, Mission of Burma, and Sonic Youth --willed into existence through sheer determination and a shared disdain for the mediocrity of contemporary popular music.
In indie rock's pre-Internet glory days of the 1980s, such defiant bands attracted fans only through samizdat networks that encompassed word of mouth, college radio, tiny record stores and zines. Eschewing the superficiality of performers who gained fame through MTV, indie bands instead found glory in all-night recording sessions, shoestring van tours and endless appearances in grimy clubs. Some bands with a foot in this scene, like REM and Nirvana, eventually attained mainstream success. Many others, like Bitch Magnet, were beloved only by the most obsessed fans of this time.
Like Anthony Bourdain sKitchen Confidential, Your Band Sucksis an insider's look at a fascinating and ferociously loved subculture. In it, Fine tracks how the indie-rock underground emerged and evolved, how it grappled with the mainstream and vice versa, and how it led many bands to an odd rebirth in the 21stCentury in which they reunited, briefly and bittersweetly, after being broken up for decades.Like Patti Smith sJust Kids, Your Band Sucksis a unique evocation of a particular aesthetic moment. With backstage access to many key characters in the scene and plenty of wit and sharply-worded opinion Fine delivers a memoir that affectionately yet critically portrays an important, heady moment in music history.

Jon Fine is the executive editor of Inc. magazine. As a guitarist in Bitch Magnet, Coptic Light, and Don Caballero, among others he s performed around the world and appeared on MTV. As a writer, Fine s long-running BusinessWeek column Media Centric won both American Society of Business Publication Editors and National Headliner awards, and his work for Food & Wine won a James Beard Award. He has served as an on-air contributor to CNBC, and his work has also appeared in The Atlantic, Vanity Fair, GQ, and Details."
Loading...
or
Not Currently Available for Direct Purchase