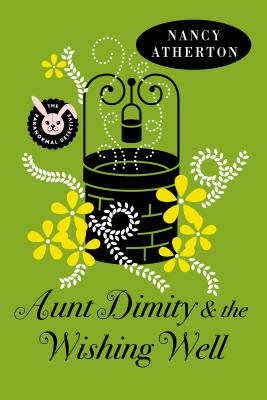 Aunt Dimity and the Wishing Well

Cozy mystery lovers favorite paranormal sleuth is back with her nineteenth otherworldly adventure
When a strapping young Australian named Jack MacBride arrives in Finch to wrap up his late uncle's affairs, heads turn in the sleepy English village. But when Lori volunteers to help Jack clear out his uncle's overgrown garden, they discover something even more shocking than a stranger turning up in Finch.
After Lori laughingly tosses a coin into the garden's old well and makes a wish, she is baffled to find that the wish seems to have come true. Word spreads, and the villagers turn out in droves to make wishes of their own. But as they soon learn, one person's wish is another person's worst nightmare and the village is thrown into chaos.
As more and more wishes come true, Lori resolves to find out what's really going on. Is handsome Jack somehow tricking his neighbors? Or are they fooling themselves? With Aunt Dimity's otherworldly help, Lori discovers that the truth is even more marvelous than a magical wishing well.
Look out for"Aunt Dimity and the Buried Treasure"coming from Viking on May 24, 2016.

Praise For Aunt Dimity and the Wishing Well…

Praise for Nancy Atherton and the Aunt Dimity series:

AUNT DIMITY AND THE VILLAGE WITCH
“Atherton is a superb writer who brings a lot of charm and wit to her story.”
—Suspense Magazine

AUNT DIMITY DOWN UNDER
“Always a charming read, the Aunt Dimity series is just right for when life gets too hectic and you need to slow down a bit.”
—Deadly Pleasures Magazine

AUNT DIMITY SLAYS THE DRAGON
“Let Nancy Atherton and Aunt Dimity remind you of the reason you got hooked on books in the first place.  I promise you will be scouring bookstores for more of the series after you give it a taste.”
—CrimeCritics.com

Nancy Atherton is the bestselling author of eighteen other Aunt Dimity mysteries. The first book in the series, "Aunt Dimity s Death," was voted One of the Century s 100 Favorite Mysteries by the Independent Mystery Booksellers Association. She lives in Colorado Springs, Colorado."
Loading...
or
Not Currently Available for Direct Purchase