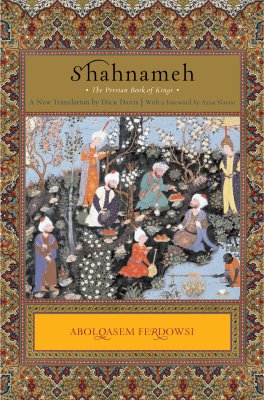 The Persian Book of Kings

Among the great works of world literature, perhaps one of the least familiar to English readers is the Shahnameh: ThePersian Book of Kings, the national epic of Persia. This prodigious narrative, composed by the poet Ferdowsi between the years 980 and 1010, tells the story of pre- Islamic Iran, beginning in the mythic time of Creation and continuing forward to the Arab invasion in the seventh century.

As a window on the world, Shahnameh belongs in the company of such literary masterpieces as Dante's Divine Comedy, the plays of Shakespeare, the epics of Homer- classics whose reach and range bring whole cultures into view. In its pages are unforgettable moments of national triumph and failure, human courage and cruelty, blissful love and bitter grief.

In tracing the roots of Iran, Shahnameh initially draws on the depths of legend and then carries its story into historical times, when ancient Persia was swept into an expanding Islamic empire. Now Dick Davis, the greatest modern translator of Persian poetry, has revisited that poem, turning the finest stories of Ferdowsi's original into an elegant combination of prose and verse. For the first time in English, in the most complete form possible, readers can experience Shahnameh in the same way that Iranian storytellers have lovingly conveyed it in Persian for the past thousand years.