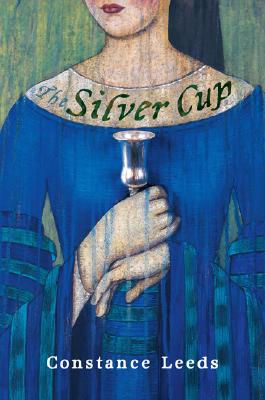 It's the year 1095, and fifteen-year-old Anna longs for a different life in her small German village. But as the seasons turn, the year proves anything but ordinary. Her beloved youngest cousin disappears, and another cousin, Martin, runs away to join a murderous army of renegade Crusaders. When Anna risks everything to rescue Leah, an orphaned Jewish girl whose only connection to her former life is a silver cup, the two girls forge a friendship that defies the intolerance of their time.

Filling her story with fascinating period details, debut novelist Constance Leeds paints a rich, colorful picture of an eleventh-century life marked by courage, will, and most of all--hope.

Winner of the 2008 IRA Children's and Young Adult Book Award in the Intermediate Fiction Category.

Constance Leeds (1950 - 2012) was also the author of "The Silver Cup," winner of the IRA's 2008 Children's and Young Adult Book Award in the Intermediate Fiction category. She lived in Boston, Massachusetts.
Loading...
or
Not Currently Available for Direct Purchase