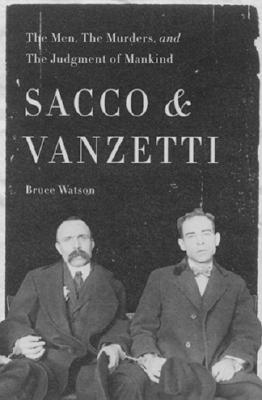 The Men, the Murders, and the Judgment of Mankind

When the state of Massachusetts electrocuted Nicola Sacco and Bartolomeo Vanzetti on August 23, 1927, it concluded one of the most controversial legal cases in American history. In the eight decades since, debate has raged over what was probably a miscarriage of justice.

In the first full-length narrative of the case in thirty years, Bruce Watson unwinds a gripping tale that opens with anarchist bombs going off in a posh Washington, D.C., neighborhood and concludes with worldwide outrage over the execution of the "good shoemaker" and the "poor fish peddler." Sacco and Vanzetti mines deep archives and new sources, unveiling fresh details about these naïve dreamers and militant revolutionaries. This case still haunts the American imagination. Authoritative and engrossing, Sacco and Vanzetti will capture fans of true crime books and everyone who enjoys riveting American history.