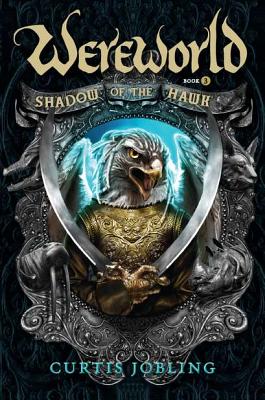 Shadow of the Hawk

In a kingdom at war, the line between good and evil becomes blurred . . .

In this third book in the Wereworld saga, werewolf and rightful king of Lyssia Drew Ferran must battle his way off a bleak volcanic island where he's being held prisoner. With the help of a motley crew of enslaved Werelords, he escapes and embarks on an urgent quest to find the long-lost tribe of Hawklords in the distant reaches of the kingdom. Meanwhile, Drew's old friends find themselves on a dangerous high seas mission plagued by misfortune and the influence of dark magick that threatens to tempt even the purest heart.


Praise For Shadow of the Hawk…

Rise of the Wolf “Jobling’s debut initiates a sure-to-be-long series of Wereworld tales, pure fantasy adventure with plenty of horror in the mix…this will find broad appeal among lovers of adventure fantasy, especially those mourning the end of John Flanagan's Ranger’s Apprentice.”—Kirkus Reviews

Rage of Lions “Give Jobling a… hand for crafting a sequel that’s even more lurid and action packed than the opener.”—Kirkus Reviews

Shadow of the Hawk “Plotlines and were-creatures proliferate …there’s enough spilled blood and shape changing here to appease the most demanding fans of either.”—Booklist

Curtis Jobling is the author of the Wereworld series. He is also known as the designer of the BAFTA-winning BBC show "Bob the Builder." Curtis is also the creator/director/producer of Nickelodeon's "Curious Cow" animated shorts and the author and illustrator of several picture books. He resides in Warrington, United Kingdom.
Loading...
or
Not Currently Available for Direct Purchase