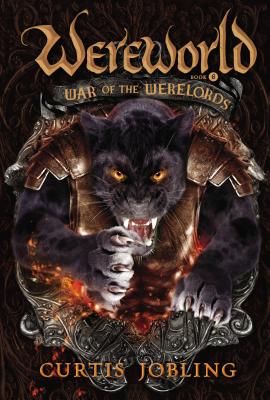 War of the Werelords (Wereworld #6)

In this thrilling conclusion to the Wereworld saga, secrets are finally revealed, truths come to light, and alliances are tested. While the war between the Catlords and the Wolf embroils the Seven Realms in chaos, Drew must take his final stand against the man who has become Lyssia’s deadliest villain: his own best friend, the Boarlord Hector, whose powers of dark magick are raging out of control.

Praise For War of the Werelords (Wereworld #6)…

Rage of Lions“Give Jobling a… hand for crafting a sequel that’s even more lurid and action packed than the opener.”—Kirkus Reviews

Shadow of the Hawk“Plotlines and were-creatures proliferate …there’s enough spilled blood and shape changing here to appease the most demanding fans of either.”—Booklist

War of the Werelords
"The plethora of living and undead werebeasts—from wolves to sharks and even a woolly mammoth—gives the saga a distinctive character." —Booklist

Curtis Jobling (www.curtisjobling.com) is the author of the Wereworld series. He’s also known for being the designer of the BAFTA-winning BBC show Bob the Builder and has worked on both Wallace & Gromit’s A Close Shave and Tim Burton’s Mars Attacks! He lives in Cheshire, United Kingdom.
Loading...
or
Not Currently Available for Direct Purchase