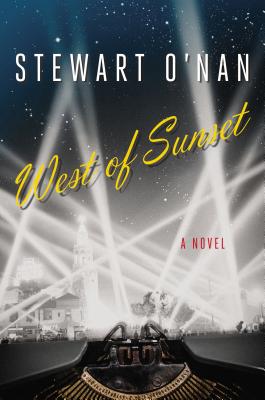 Stewart O’Nan chooses to begin West of Sunset, not with Scott’s arrival in Hollywood, but with a meeting between Scott and Zelda. What does his story gain from this subtle and interesting choice?

O’Nan uses a variety of details to evoke the madness and absurdity of Hollywood culture. What images did you find most effective in this regard, and why?

What is the significance of the novel’s title, and how does that title bear upon the ensuing action?

Based on what you have read in West of Sunset, do you consider F. Scott Fitzgerald a brave man, a coward, or a bit of both? Explain your reaction.

Some have seen West of Sunset as, above all, a love story. If this is correct, who or what is the true object of Scott’s love: Zelda? Sheilah? Himself? Someone or something else? Discuss your answer.

O’Nan writes of Fitzgerald, “He was a poor boy from a rich neighborhood, a scholarship kid at boarding school, a Midwesterner in the East, an easterner out West” (pg. 208). Do you accept the idea that a Princeton man who is friends with Hemingway, Bogart, and Dorothy Parker can still claim to be an outsider? Why or why not?

Fitzgerald wonders whether he has mistaken oblivion for joy (pg. 166). How is it possible to confuse the two?

In West of Sunset, Fitzgerald, a superb novelist and sparkling writer of short stories, tries to make it as a screenwriter, an artistic milieu in which he seems desperately out of water. Why, apart from money, does he attempt this seemingly doomed transformation? Why might a writer who is so successful in one idiom fail so miserably in another?

The real Fitzgerald once wrote, “The two basic stories of all times are ‘Cinderella’ and ‘Jack the Giant Killer’—the charm of women and the courage of men.” Was he correct? Does O’Nan’s novel undermine or confirm Fitzgerald’s statement?

In West of Sunset, Hemingway accuses Fitzgerald of betraying his gift. Is it his gift that Scott most significantly betrays, or someone or something else? What?

What do you think is Stewart O’Nan’s most penetrating insight into the life of a professional writer?

Compare Zelda and Sheilah. What does each woman represent in Fitzgerald’s life? Why does he seem to need them both?

Imagine that you are Scottie Fitzgerald. What would you most want from your parents that they are not giving you? Would there be anything you could do to try to get it?

Fitzgerald, a Midwesterner by birth, seems caught between the American East and the American West. What does each offer that the other denies him, and in which of the two places does he more naturally belong? Why?