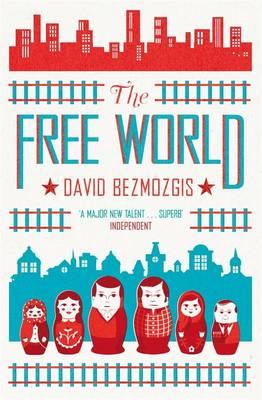 Summer, 1978. Brezhnev sits like a stone in the Kremlin, Israel and Egypt are inching towards peace, and in the bustling, polyglot streets of Rome, strange new creatures have appeared: Soviet Jews who have escaped to freedom through a crack in the Iron Curtain. Among the thousands who have landed in Italy to secure visas for new lives in the West are the members of the Krasnansky family -- three generations of Russian Jews.

Written in precise, musical prose, "The Free World "is a stunning debut novel, a heartfelt multigenerational saga of great historical scope and even greater human debth. Enlarging on the themes of aspiration and exile that infused his critically acclaimed first collection, "Natasha and Other Stories, The Free World "establishes Bezmozgis as one of our most mature and accomplished storytellers.

David Bezmozgis was born in Riga, Latvia, in 1973. His first book, "Natasha and Other Stories," won a regional Commonwealth Writers' Prize and was a 2004 "New York Times Book Review" Notable Book. He has been a Guggenheim Fellow and a Dorothy and Lewis B. Cullman Fellow at the New York Public Library. In 2010, he was named one of "The New Yorker"'s "20 Under 40."
Loading...
or
Not Currently Available for Direct Purchase