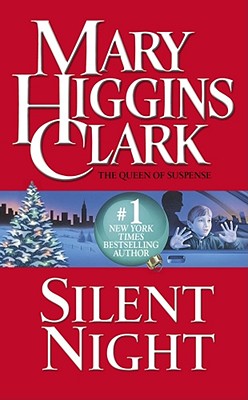 Mary Higgins Clark, the "Queen of Suspense," has crafted a very special holiday story about a child's courage in the face of danger, and the power of love. Charged with menace and thrilling suspense, it is the #1 New York Times bestselling author's gift to readers for all seasons.

When Catherine Dornan's husband, Tom, is diagnosed with leukemia, she and their two young sons travel with him to New York during the holiday season for a lifesaving operation. On Christmas Eve, hoping to lift the boys' spirits, Catherine takes them to see Rockefeller Center's famous Christmas tree; while there, seven-year-old Brian notices a woman taking his mother's wallet. A St. Christopher medal tucked inside the wallet saved his grandfather's life in World War II, and Brian believes with all his heart that it will protect his father now. Impulsively, Brian follows the thief into the subway, and the most dangerous adventure of his young life begins...

"The tense-but-tender tale of the most harrowing Christmas Eve any mother could imagine . . . with an ending that's nothing short of miraculous. We promise there won't be a dry eye in the house!" -- Literary Guild

The #1 New York Times bestselling author Mary Higgins Clark has written thirty-seven suspense novels, four collections of short stories, a historical novel, a memoir, and two children’s books. With her daughter Carol Higgins Clark, she has coauthored five more suspense novels, and also wrote The Cinderella Murder, All Dressed in White, The Sleeping Beauty Killer, and Every Breath You Take with bestselling author Alafair Burke. More than one hundred million copies of her books are in print in the United States alone. Her books are international bestsellers.
Loading...
or
Not Currently Available for Direct Purchase