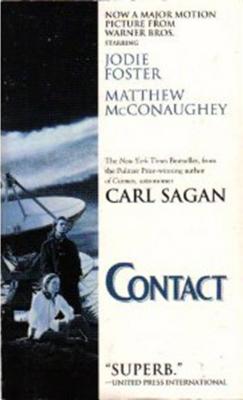 In December, 1999, a multinational team journeys out to the stars, to the most awesome encounter in human history. Who -- or what -- is out there?
In Cosmos, Carl Sagan explained the universe. In Contact, he predicts its future -- and our own.

Carl Sagan was Professor of Astronomy and Space Sciences and Director of the Laboratory for Planetary Studies at Cornell University. He played a leading role in the Mariner, Viking, and Voyager spacecraft expeditions, for which he received the NASA medals for Exceptional Scientific Achievement. Dr. Sagan received the Pulitzer Prize and the highest awards of both the National Academy of Sciences and the National Science Foundation for his contributions to science, literature, education, and the preservation of the environment. His book Cosmos was the bestselling science book ever published in the English language, and his bestselling novel, Contact, was turned into a major motion picture.
Loading...
or
Not Currently Available for Direct Purchase