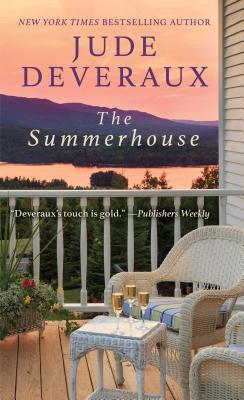 Jude Deveraux’s marvelous New York Times bestseller is a touching and delightful exploration of the longings that live deep inside every woman’s heart, featuring three friends who get a once-in-a-lifetime chance to find out what might have been...

Have you ever wanted to rewrite your past?

Three best friends, all with the same birthday, are about to turn forty. Celebrating at a summerhouse in Maine, Leslie Headrick, Madison Appleby, and Ellie Abbott are taking stock of their lives and loves, their wishes and choices. But none of them expect the gift that awaits them at the summerhouse: the chance for each of them to turn their “what-might-have-beens” into reality...

Leslie, a suburban wife and mother, follows the career of a boy who pursued her in college wonders: what if she had chosen differently? Madison dropped a modeling career to help her high school boyfriend recover from an accident, even though he’d jilted her. But what if she had said “no” when her old boyfriend had called? Ellie became a famous novelist, but a bitter divorce wiped out her earnings—and shattered her belief in herself. Why had the “justice” system failed her? And could she prevent its happening the second time around?

Now, a mysterious “Madame Zoya,” offers each of them a chance to relive any three weeks from the past. Will the road not taken prove a better path? Each woman will have to decide for herself as she follows the dream that got away...and each must choose the life that will truly satisfy the heart's deepest longings.

Jude Deveraux is the author of more than forty New York Times bestsellers, including Moonlight in the Morning, The Scent of Jasmine, Scarlet Nights, Days of Gold, Lavender Morning, Return to Summerhouse, and Secrets. To date, there are more than sixty million copies of her books in print worldwide. To learn more, visit JudeDeveraux.com.
Loading...
or
Not Currently Available for Direct Purchase