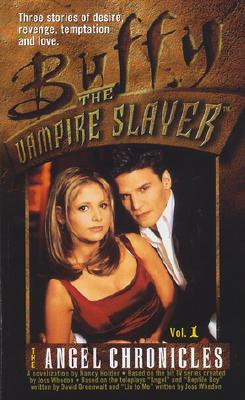 ""Things used to be pretty simple. Hundred years, just hanging out, feeling guilty. Really honed my brooding skills. Then she comes along.""

After a century of killing without a care, the vampire Angelus was cursed with a conscience and eventually fled to Sunnydale, where he restricted his feeding to blood banks.

Now, collected for the first time, are three stories from the cult-hit TV series chronicling the beginning of this star crossed love story.

Can Buffy and Angel survive life, death...and beyond?