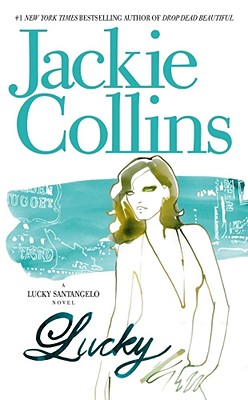 Jackie Collins' sizzling #1 bestseller -- and her most sensational heroine!
From Chances to Dangerous Kiss, bestselling superstar Jackie Collins has spun the incredible saga of the extraordinary Lucky Santangelo. A hot-blooded beauty in love with power and hungry for pleasure, Lucky's dazzling odyssey -- and her trail of enemies -- sweeps from the casinos of Las Vegas to a private Greek island, from cutthroat Hollywood to chic New York and Paris.
She's a gambler and a lover. She's wild, savvy, and proud. She's

...and you'll never forget her.

"Impossible to put down." -- The Wall Street Journal

Jackie Collins lived in Beverly Hills where she had a front row seat to the lives she so accurately captured in her compulsive plotlines. She was a creative force, a trailblazer for women in fiction and in her own words “A kick-ass writer!”
Loading...
or support indie stores by buying on